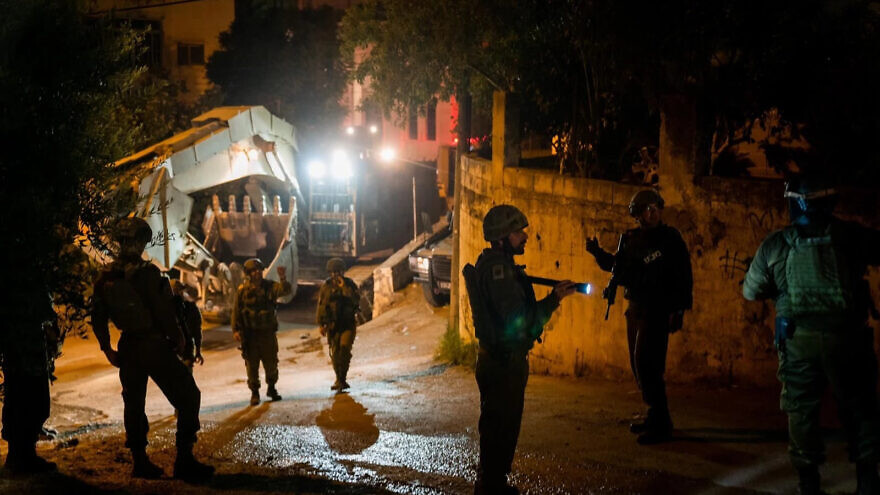 (November 13, 2022 / JNS) Israeli security forces on Saturday arrested a Palestinian Islamic Jihad member near Jenin wanted in connection with the arming of terror groups in Samaria, the Israeli military said in a statement.

The suspect, Muhammad Abu Zina, was freed from an Israeli prison in August, and promptly resumed “significant terrorism activity,” according to the Israel Defense Forces.

During the arrest raid in Qabatiya, rioters clashed with Israeli forces, hurling rocks and an explosive device, the IDF said.

Last month, eight Palestinians were arrested on suspicion of aiding the gunman who killed an IDF soldier and wounded a security guard at the Shuafat crossing in Jerusalem on Oct. 8, according to an Israel Police statement.

Sgt. Noa Lazar, a member of the IDF Military Police’s Erez battalion, later died in hospital of her wounds.

The suspects are all residents of Shuafat and the nearby town of Anata, and are relatives and acquaintances of the shooter, according to police. Weapons and military combat vests were also seized, according to the statement.