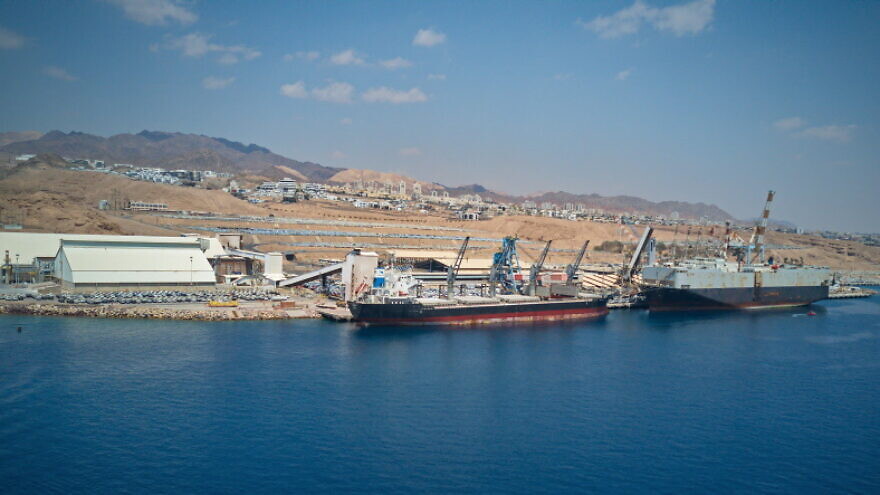 Israeli Environmental Protection Minister Tamar Zandberg said she would push for a government debate regarding the necessity of the project, according to Globes.

She expressed doubt regarding the pipeline’s potential contribution to Israel’s economy, though said it would “dramatically endanger the most northern coral reef in the world and all tourism in Eilat,” according to the report.

The proposal involves transporting crude oil via a pipeline, or “land bridge,” connecting the ports of Eilat and Ashkelon, giving the UAE an alternative route to transport oil to the West.

The project was one of the fruits of the Abraham Accords and was negotiated between the Europe Asia Pipeline Co. and UAE-based MED-RED Land Bridge Ltd. The companies signed a Memorandum of Understanding (MOU) in October 2020.

When first announced the project was reported by Reuters as “one of the most significant partnerships to emerge” since the Abraham Accords were signed, potentially worth $700-$800 million over several years.

However, Israel’s Environmental Protection Ministry was not involved in the negotiations, Kan, Israel’s public broadcaster, revealed in May, noting a ministry report warning about the deteriorating condition of the pipeline.

In 2014, a breach in the pipeline led to an oil spill in Israel’s Evrona Nature Reserve.

UAE officials have warned a cancellation of the pipeline would negatively impact its relations with Israel.

“We’re talking about an agreement that was signed after all the inspections were made, and its cancellation is certainly likely to gnaw away at the relations that have been formed with the government of Israel and commercial firms in Israel,” said UAE officials, according to Israel Hayom.