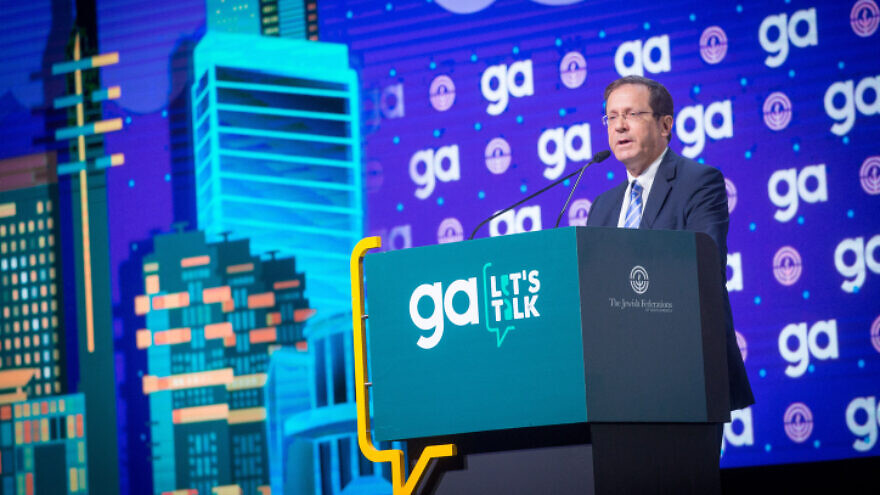 (August 5, 2021 / JNS) The Jewish Federations of North America, which represents 146 Jewish federations and some 300 network communities, has canceled its plans for a limited, in-person national conference in October due to the rise in COVID-19 cases and the pervasiveness of the Delta variant, according to media reports.

Initially, organizers of the General Assembly, as it’s known, had planned to have 500 representatives attend in person following last year’s all-virtual gathering.

According to a report in JTA, the conference sent out a notification to members who had registered for the in-person event and promised to reimburse those who had already paid, noting, “the health and safety of our participants [are] of the utmost importance to us, and we believe canceling the in-person component of the GA is the best and most prudent decision at this time.”

Despite the announcement, the GA is still slated to be held online from Oct. 3 to Oct. 5. Discussions will center on looking ahead as a Jewish community in a post-pandemic world, focusing on three key areas: Jewish security in North America and worldwide, building and fostering civic partnerships, and North America’s relationship with Israel.

JFNA is not the only conference being canceled because of the pandemic. Last month, the American Israel Public Affairs Committee (AIPAC) announced that it was canceling its 2022 conference after it had done so in 2020 as well.