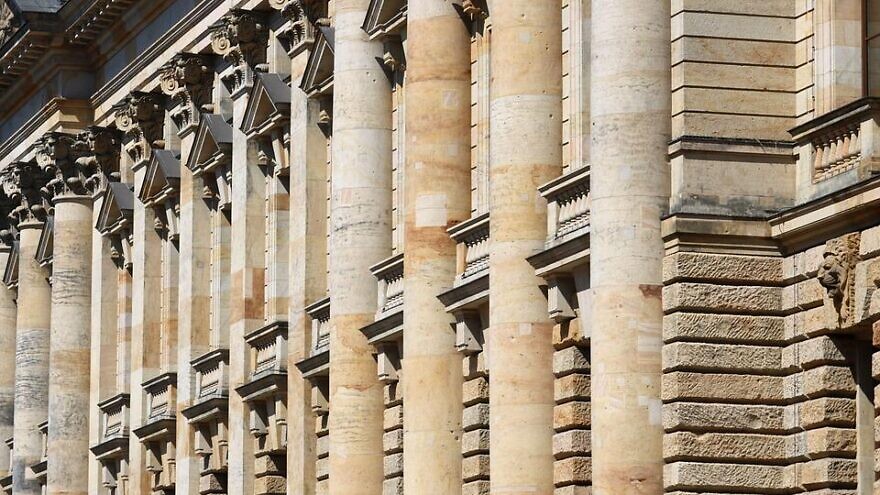 (September 7, 2022 / JNS) The Central Board of Jewish Communities in Greece (KIS) is criticizing the appointment of the Greek Supreme Court’s new vice president for her previous support of an anti-Semite and Holocaust denier.

The Jewish group said on Sept. 2 regarding Marianthi Pagouteli’s position that it “expresses the strong resentment of the Greek Jewry for the appointment at the high level of the Greek Justice of a person who cannot defend the declared position of the Greek State against anti-Semitism, even more so in the capacity of the vice president of the Supreme Court of our country.”

During the infamous trial in Greece of right-wing extremist author Konstantinos Plevris regarding his anti-Semitic book Jews, the Whole Truth, Pagouteli, who was a judge of appeals at the time, joined the minority vote in support of his acquittal. In a 32-page report explaining her vote, she justified Plevris’s views.

She reportedly noted that Plevris “did not designate a subhuman Jew as a Jew in general, but as a war criminal Jew” and that the author adopts “the Nazi view that the white race does not want Semites in Europe without intent to offend or provoke acts of violence.”

She added that Plevris “rightly points out” how Jews who follow the teachings of the Talmud are “manifestly lacking in humanism.”

In the first edition of his book, Plevris, who was eventually convicted in the case, described himself as a “Nazi, fascist, anti-democrat, racist and anti-Semite,” and the “high priest” of Greek neo-Nazism.

Marianthi was condemned in 2013 for having an Internet blog in which she denied the Holocaust, compared Zionists to Nazis and said she wished that Nazi leader Adolf Hitler would have “eradicated” all Jews.