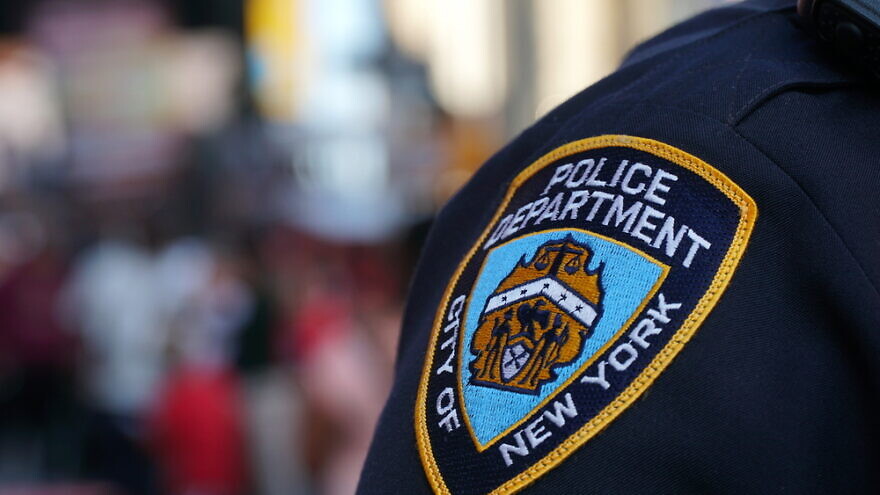 According to the NYPD, the victim was walking in the Marine Park section of Brooklyn, near the heavily Jewish neighborhood of Flatbush, when he was stopped by an unknown male who had stepped out of a vehicle and asked for directions. The victim “answered the suspect and then walked away. The suspect then slapped the victim in the face, causing redness and pain.”

The suspect fled in a minivan being driven by another suspect, said the police. There have been no arrests, and the investigation is ongoing, they added.

The victim refused medical attention. It is the third incident in recent weeks and the second Friday night in a row in Brooklyn that a Jewish man has been accosted, although in different neighborhoods.

Last week’s assault occurred in the heavily Chassidic Williamsburg area; police have since arrested a 15-year-old suspect for that attack. 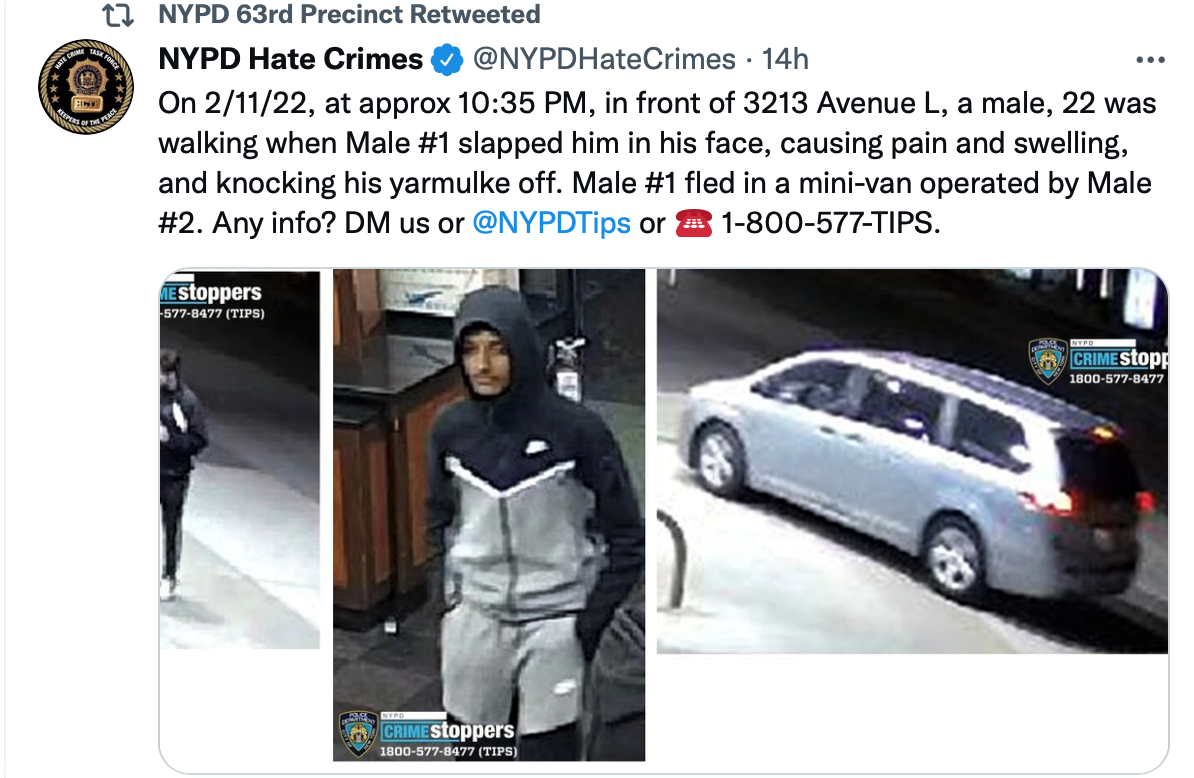 “Two weekends in a row,” said the ADL in a tweet, noting that it is “is offering a reward (up to $5k) for info leading to the arrest & conviction of the perpetrator(s) of a reported assault. This time, a visibly Jewish teen was attacked.”

New York City Mayor Eric Adams, who has expressed his solidarity with the Jewish community in light of the ongoing assaults against Jewish New Yorkers in recent weeks, said via Twitter: “NYPD Hate Crimes is investigating this attack, and make no mistake, an attack on our Jewish community is an attack on every New Yorker. We will catch the perpetrators of this assault.”

NYPD has released clear photos of two male suspects wanted in connection with the attack on Friday night after they were seen at a gas station and convenience store. Crime Stoppers is offering a reward of up to $3,500 for their arrest and conviction.