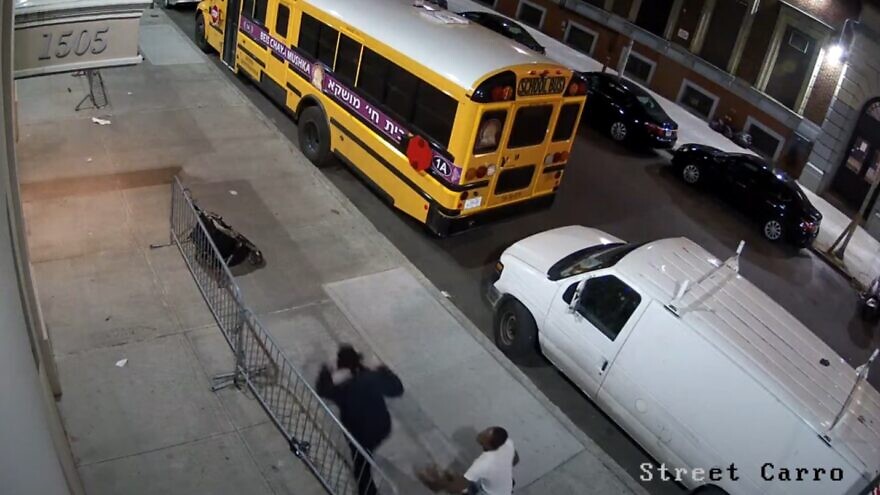 (January 25, 2022 / JNS) The New York City Police Department is searching for the assailant who punched a 21-year-old Jewish man in the face on Jan. 22 in the Crown Heights neighborhood of Brooklyn, N.Y.

Surveillance video footage shared by the Jewish news outlet COLlive shows the attacker crossing the street early Saturday morning and approaching two Jewish men standing outside of a yeshivah dormitory. The suspect harassed the two men before punching one of them in the nose.

The perpetrator fled the scene. Police and an ambulance were called to treat the victim’s injuries.

The Anti-Defamation League said on Monday that it is offering a reward of up to $5,000 for information leading to the arrest and conviction of the suspect.

“These attacks on Jewish individuals appear to have become normalized, but we must not let this be the case—an attack on anyone based on their Jewish identity or any identity is abhorrent and should not be tolerated,” said Scott Richman, ADL New York/New Jersey regional director. “We hope that this reward offering will help us send that message to the community.”

The NYPD’s Hate Crimes Task Force is investigating the incident. Anyone with information about the attack is asked to call the NYPD Crime Stoppers Hotline at 1-800-577-TIPS.