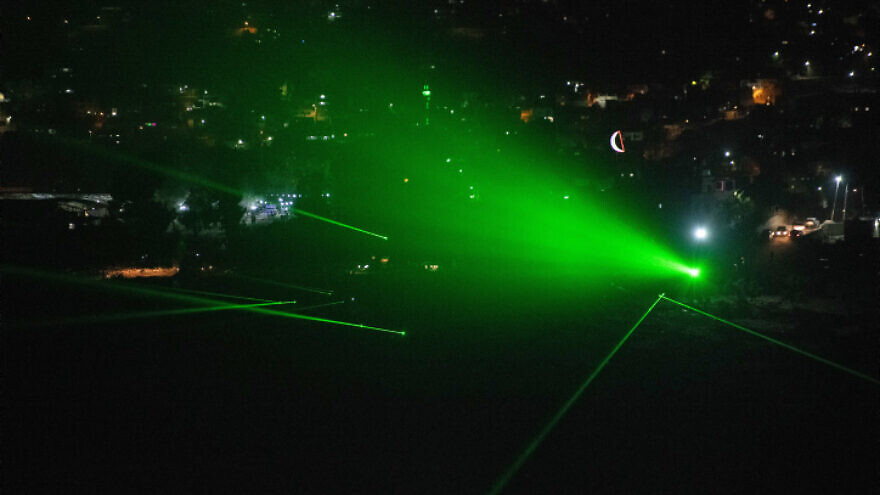 (July 20, 2022 / Israel Hayom) Jewish residents in Judea and Samaria have been subject in recent weeks to a new kind of terrorist tactic: laser beams.

The terrorists have been aiming laser beams at drivers’ eyes in an attempt to cause accidents. Incidents have been reported in the Benjamin region near Jerusalem, with the perpetrators believed to be from the village of Al-Mughair.

“For the past several months, every evening, residents from the village engage in blinding terrorism on Jewish residents’ cars on the roads, endangering their lives,” one resident told Israel Hayom. “The security forces have been spreading leaflets rather than making arrests. What are they waiting for, for fatalities?”

The residents of the village have also repeatedly engaged in stoning attacks.

“We treat this with the utmost seriousness and have been acting in a variety of ways with the rest of the security agencies,” the Israel Defense Forces said in a statement.