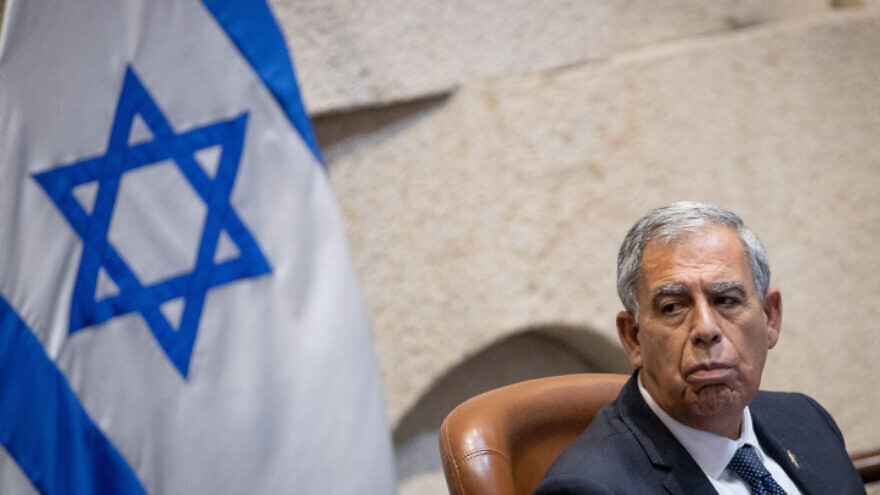 (January 25, 2022 / JNS) Knesset speaker Mickey Levy arrived in Berlin on Monday, kicking off a four-day state visit, according to an official statement.

The highlight will be an address in Hebrew to the Bundestag on Jan. 27, as part of a special ceremony commemorating International Holocaust Remembrance Day.

“For the first time in history, the Speaker of the Knesset—the democratically elected parliament of the only Jewish state—will stand where more than 80 years ago Nazi oppressors called for the annihilation of our people before executing the most horrific crime in mankind’s history—the Holocaust,” said Levy, according to the statement.

“I will stand proud being Jewish, with 6 million silent souls by my side, and deliver the speech in Hebrew, the eternal language of the Jewish people,” he added.

The visit, he said, symbolized the “true friendship” between Israeli and Germany. “Two liberal democracies who share liberal values and a mutual commitment to remember the Holocaust, protect the sanctity of the murdered and fight anti-Semitism around the world.”