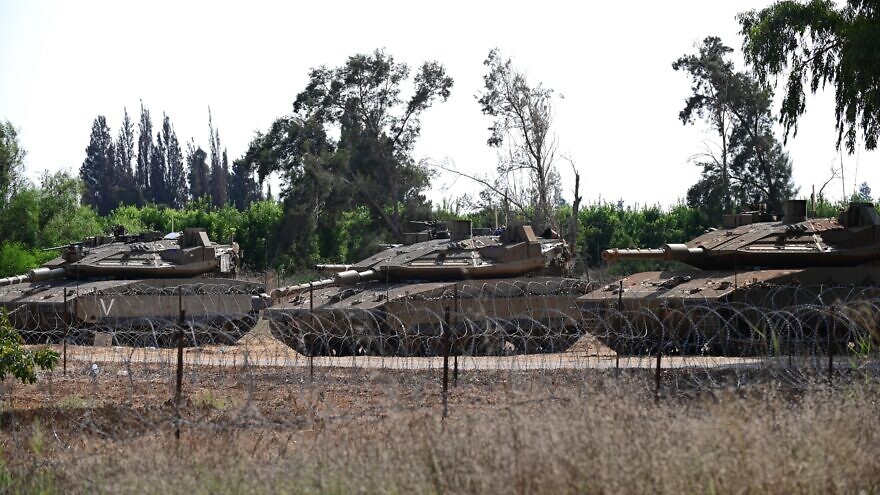 (August 8, 2022 / JNS) In his first public statements since the ceasefire between Israel and the Palestinian Islamic Jihad in the Gaza Strip, Israeli Prime Minister Yair Lapid characterized the successes of the Israeli Defense Forces in “Operation Breaking Dawn,” as well as outlined his plans for the future of Gaza.

Lapid said during a prime-time press conference on Monday that the IDF achieved its objectives during the operation and restored deterrence to Gaza.

He also defended the IDF’s use of force but said that the IDF made a special effort to prevent civilian casualties.

“The State of Israel will not apologize for protecting its residents using force, but the death of innocents, especially children, is heartbreaking,” he said, according to The Times of Israel.

He added that Israel will protect itself, but that Gazans had “another way” in which they can go to provide a livelihood and a life of dignity for everyone who wants to live in peace.

“There is another way to live. The path of Abraham Accords, of the Negev Summit, of innovation and economy, of regional development and joint projects,” he said. “The choice is yours. Your future depends on you.”

According to i24 News, Lapid said that Finance Minister Avigdor Lieberman was preparing an “orderly program of aid and compensation” for the residents of Gaza.

The prime minister’s statement was followed by a statement from Israeli Defense Minister Benny Gantz.

Gantz said that the operation’s success, which was based on operational intelligence capabilities built over the years, sent a “clear message to our enemies.”

He added that “if it becomes necessary, we will launch a preemptive strike in the future as well to protect the citizens of Israel, its sovereignty and its infrastructure.”