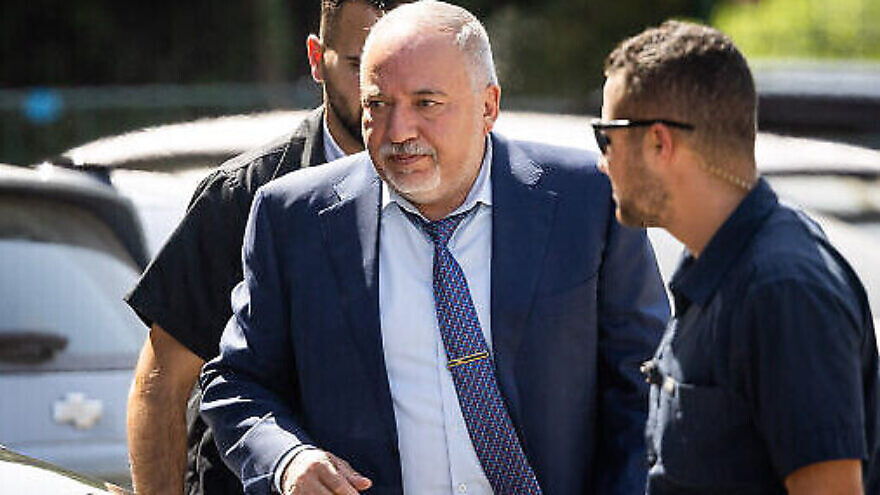 Liberman spoke against the background of accusations made by a former activist in his Yisrael Beiteinu party, Yossi Kamisa, who on Sept. 1 began saying the minister offered him $100,000 two decades ago to assassinate the then-head of the Israel Police’s Investigations Branch.

Liberman denied the claim, accused Netanyahu of being behind it, and lodged a criminal complaint against Kamisa.

“Even when one faces the unending poison and incitement machine that erodes Israeli society, the Holocaust must stay outside of the dialogue,” Lapid tweeted. “Any remark that compares or uses the Holocaust only harms the memory of it, and our social unity.”

Earlier on Sunday, Lieberman told journalists that “Netanyahu’s techniques” in the current election season were comparable to those of Goebbels and Stalin.

“These are the exact techniques that Netanyahu uses, like those of Goebbels and Stalin—to make the worst and most absurd accusations, to repeat it a million times until people get used to this absurdity,” he said.

Israeli Defense Minister Benny Gantz also slammed the comment, tweeting: “I very much appreciate Finance Minister Lieberman, but I condemn his comments and his unacceptable comparison to those who committed the worst atrocities in human history. Even in a difficult election season against someone seeking to harm the honor of the state and the legal system, there must be boundaries.”