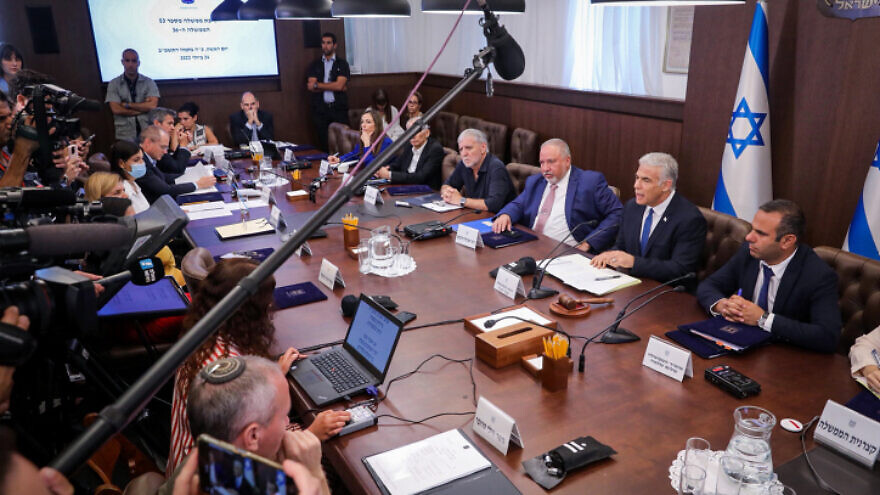 (July 24, 2022 / Israel Hayom) Israeli Prime Minister Yair Lapid warned on Sunday that the shuttering of the Jewish Agency’s offices in Russia could have “a serious impact” on diplomatic relations between Jerusalem and Moscow.

An Israeli delegation was set to head to Russia on Sunday in hopes of halting a Russian order to cease the Agency’s operations in the country.

An official with the Moscow District Court was quoted on Thursday as saying that Russia’s Justice Ministry aims to “shut down” the JA’s Russian branch. A court hearing in the case has been scheduled for July 28.

The Jewish Agency is a nonprofit that works closely with the Israeli government to bring Jewish immigrants from around the world to Israel. The Agency has been active in Russia since 1989, and has helped over 1 million immigrants from the former Soviet Union immigrate to Israel over the years. It is estimated that 150,000 Jews still live in Russia.

Lapid instructed the delegation, comprising primarily jurists, to be ready to leave for Moscow as soon as Russian approval for the talks is received. Officials were instructed to spare no effort to exhaust the legal dialogue, while at the same time continue to promote diplomatic dialogue on the issue, the Prime Minister’s Office said.

While it is unknown why the Kremlin has decided to target the Jewish Agency at this time, Jerusalem officials believe the allegations the agency faces have no legal standing, and that the matter is more diplomatic in nature, and therefore only behind-the-scenes diplomatic talks can resolve it.