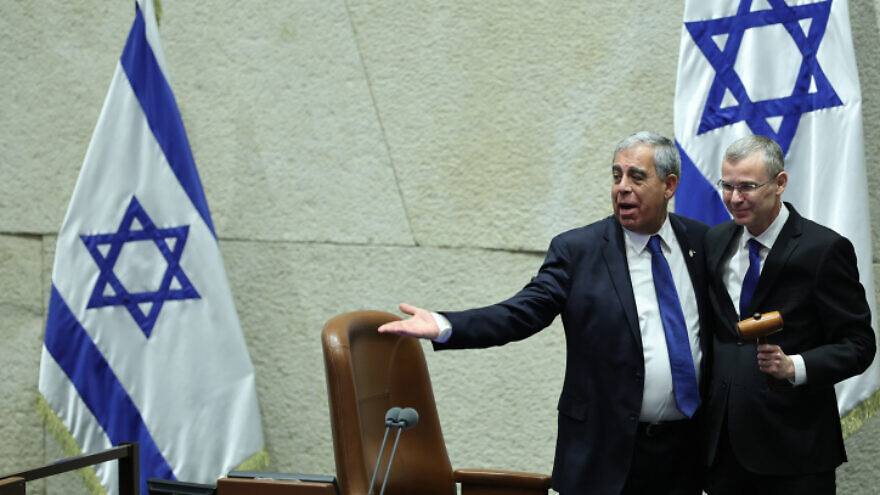 Two pieces of legislation are expected to be tackled first following Levin’s election, Channel 12 reported. The first involves changing a law that prohibits those convicted of criminal offenses from serving as a minister, opening the way for Shas Party head Aryeh Deri, who was convicted of tax evasion in January, to hold a ministerial portfolio.

The second would transfer powers from the police commissioner to the government official in charge of the Public Security Ministry, in this case, Otzma Yehudit Party head Itamar Ben-Gvir.

After taking the gavel and mounting the podium, Levin thanked the 64 lawmakers who voted for him, singling out Prime Minister-designate Benjamin Netanyahu.

“I would like to say a special thank you, Prime Minister-designate … for the privilege of walking with you on a long-standing common path, and for the personal trust and extraordinary support that I receive from you,” he said.

Netanyahu dismissed the accusation, saying, “This will be a country where we will take care of all the citizens of Israel, without exception. We were chosen to lead in our own way—the way of the national right and the way of the liberal right—and that’s what we will do.”