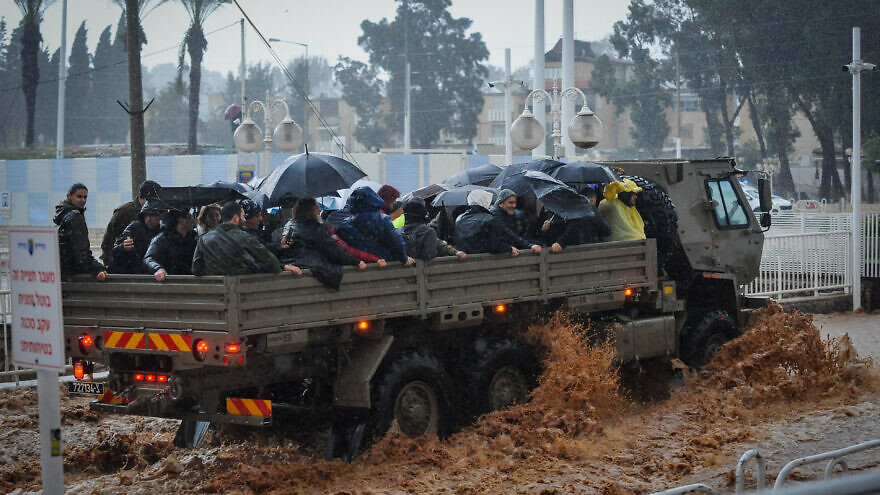 (January 9, 2020 / JNS) A storm front from the Mediterranean has caused massive flooding in Israeli cities and rivers, causing major damage to homes, vehicles and infrastructure, as well as seven deaths as heavy rain continues through Thursday.

In Israel’s north, rainfall has caused extensive flooding, especially in Nahariya, where volunteer rescue organizations have been on standby and high alert over the past week.

“Today, we evacuated over 50 residents of a senior resident home in Nahariya because their home lost power and flooded,” said United Hatzalah international spokesperson, Raphael Poch. “In the south, there was a fatality today as a car slipped off the highway,” he told JNS on Thursday.

Magen David Adom director general Eli Bin, upon receiving the warning of the severe weather, said “MDA increased its staffing of EMTs and paramedics, and added 4×4 vehicles to the fleet in effort to provide a rapid response to all incidents, and provide the best possible medical care to those in need. MDA’s EMTs and paramedics continue to be on high alert, and are prepared to save lives and provide treatment in all weather conditions.”

According to Magen David Adom deputy spokesman and paramedic Nadav Metzner, the ambulance organization receives approximately 5,000 calls across the country on a normal day. Halfway through Thursday, the organization already got more than 5,000 calls. 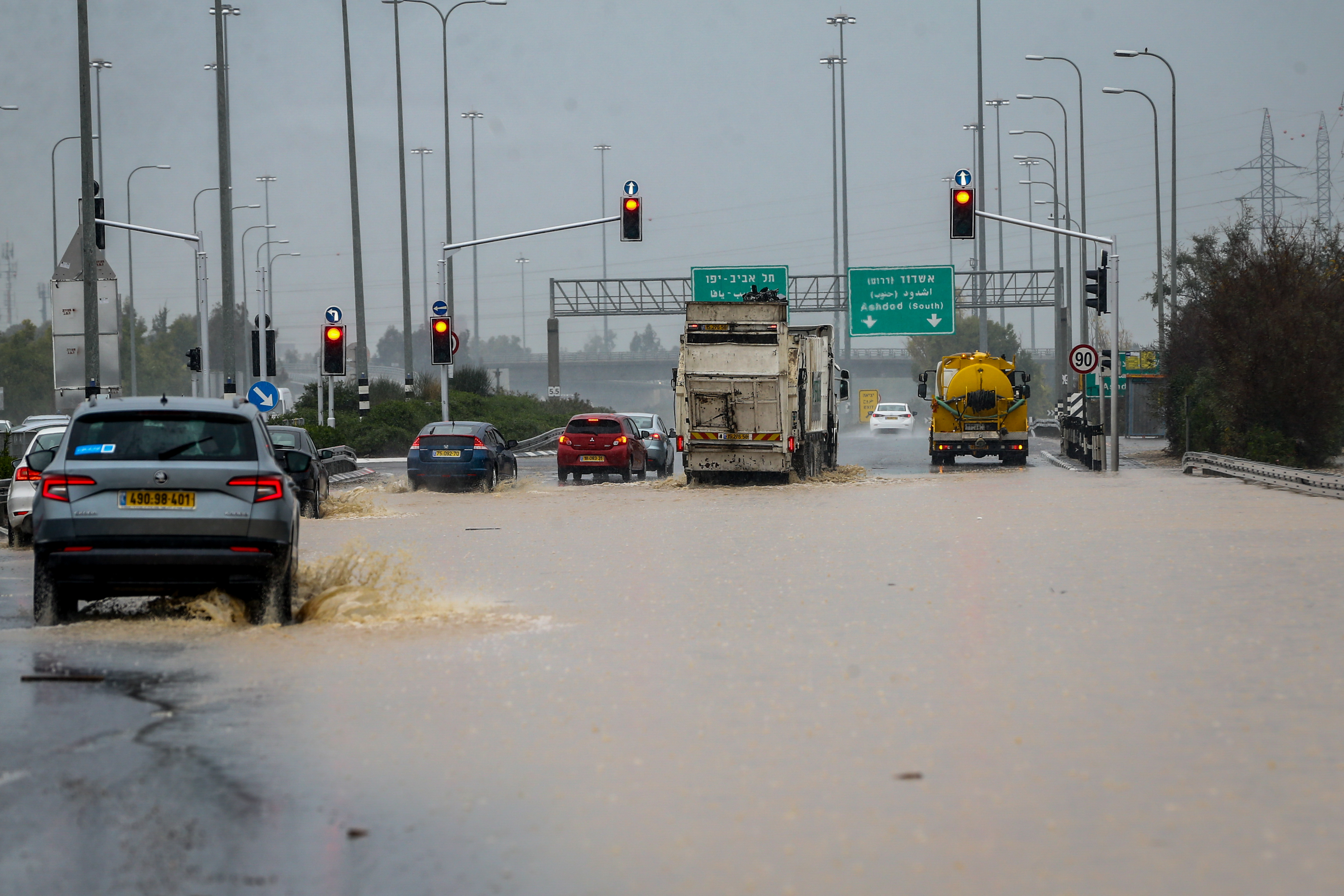 Cars drive on flooded road at Ad-Halom Junction following a heavy rainfall near the southern Israeli city of Ashdod on Jan. 9, 2020. Photo by Flash90.

“We are working around the clock, with 800 ambulances and 100 4X4s ready with EMTs and paramedics working hand in hand with firefighters, the military and regional cities,” he told JNS. “At least 200 to 300 people have been taken to the hospital and Magen David Adom is still on high alert.”

“Don’t go near any bodies of water and check on family members to make sure they are OK,” recommended Metzner.

According to Chaim Rafalowski, MDA’s disaster-management coordinator, the organization’s response has included saving those stranded in water pools; calls of hypothermia and women in labor; calls from elevators that have lost electricity in the south; and transportation for those on ventilation and without power.

He called on the Israeli population “not to go out unless it is necessary,” and “not to make unnecessary travel.”

‘Volunteerism taught as a goal from a young age’

As medics and paramedics around the country are working around the clock, volunteer organizations Magen David Adom and United Hatzalah are ensuring that their employees have dry clothes and are able to stay warm as they care for people around the country.

Despite the extreme weather conditions, Poch commented on the kindness and care for others that many have shown during the storm. 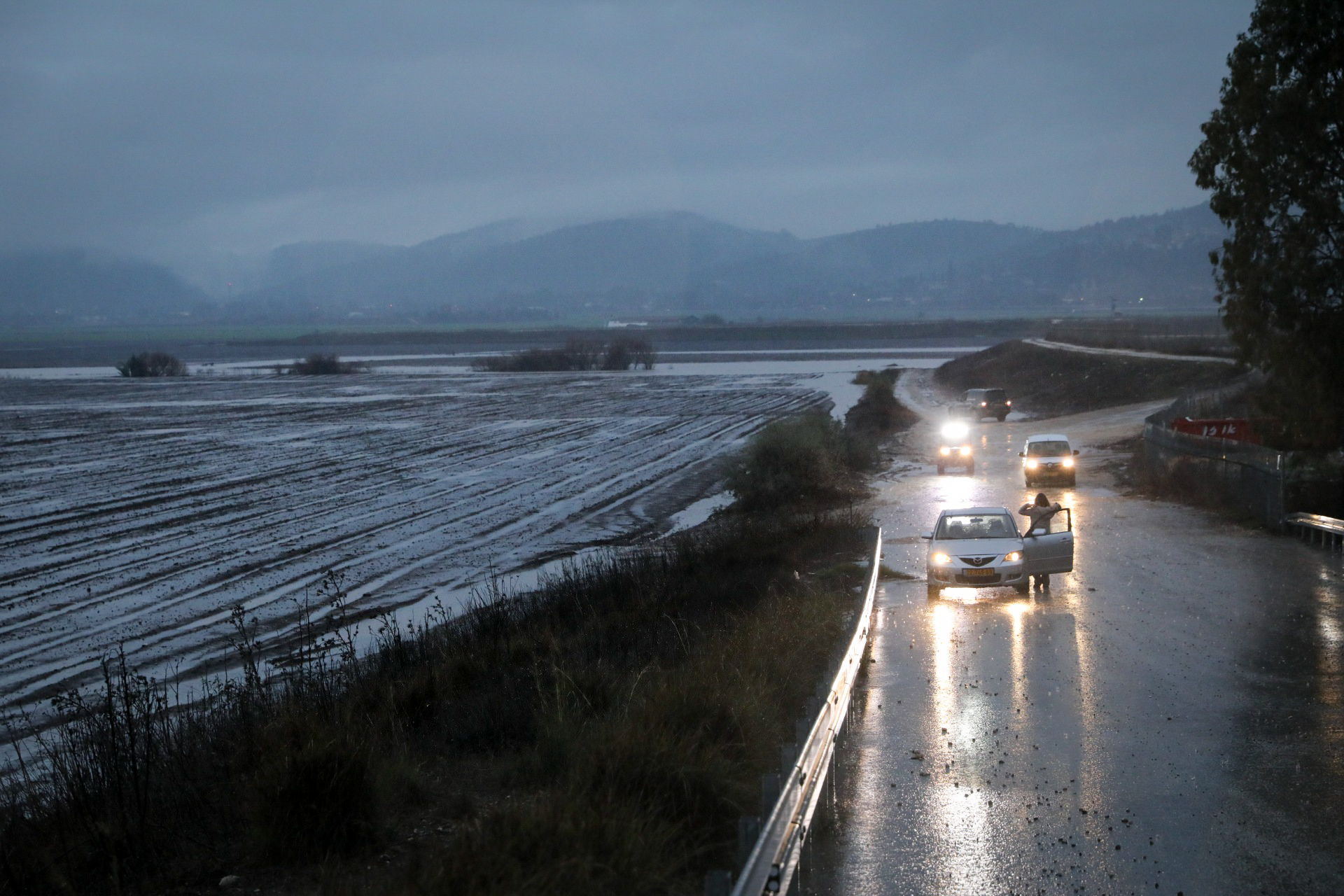 A view of the Kishon River that overflowed following heavy rain near Kfar Yehoshua in northern Israel on Jan. 9, 2020. Photo by Anat Hermony/Flash90.

“People are leaving their houses in the middle of the night to go rescue others,” he said. “Israel is an amazing place with several volunteer organizations—each one trying their best to help those in need who are suffering through the trials and tribulations of the storm, whether through flooding, road accidents, getting stranded, or being unable to have heat and water.”

“Volunteering and togetherness across all organizations is something that makes me thankful for living in Israel, being a part of the Jewish and Israeli nation, and part of the society that lives here with the idea of volunteerism taught as a goal from a young age,” he continued. “Because of that, there are a lot less injuries and fatalities.”

Starting on Thursday and continuing through the week, United Hatzalah will be initiating a special “warm house” program, giving out 700 blankets, heat packs and other clothing to elderly around the country who are living on their own.