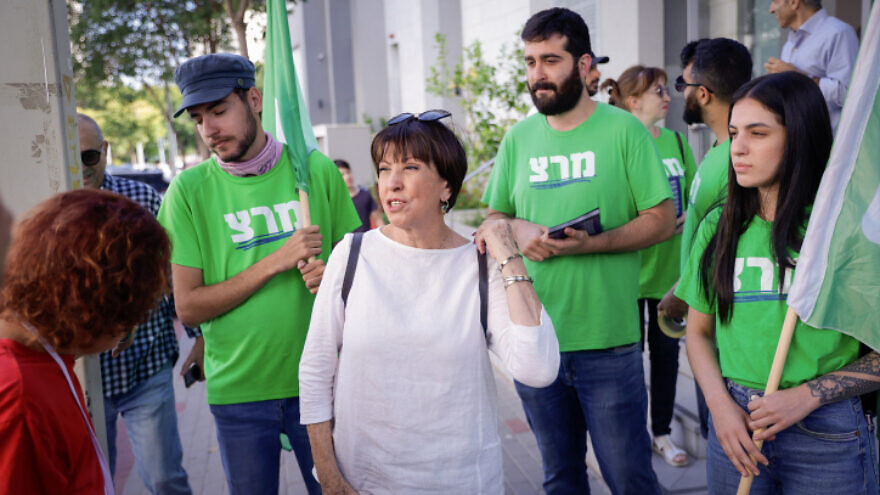 (November 1, 2022 / JNS) Police are investigating an incident at a polling station in Netanya in which a man in a Meretz Party T-shirt rubbed tefillin [Jewish phylacteries] on his crotch.

“Police have detained a resident of the city of Netanya for questioning on suspicion of desecrating a religious object,” the Israel Police said in a statement.

When the man arrived at the polling station, Chabad representatives were offering voters the opportunity to don tefillin. When the man was approached, he grabbed the phylacteries and started yelling, subsequently rubbing them against his genitals.

The man was wearing a Meretz T-shirt and claimed to be a supporter of the party.

In response to the incident, the party appealed to the Central Elections Committee demanding that it use its full powers to investigate the incident.

“The man is not known to any of the Meretz activists and is apparently an imposter who is trying to harm the party,” Meretz said in a statement.

“This is Meretz,” she wrote.

Meretz MK Michal Rosin added that she “condemns this devious behavior, which is contrary to our worldview.”

Right-wing politicians used the event to speak out against the left-leaning party.

Religious Zionism head Bezalel Smotrich said he was “shocked” by the incident and had “tears streaming down my face” over the “persecution and hatred of Judaism that this hateful government brought with it. Enough! Sanity must be restored in Israel.”

Shas leader Aryeh Deri also expressed disgust with the incident. He said “our answer will be a massive protest at the ballot box. A Jewish state!”