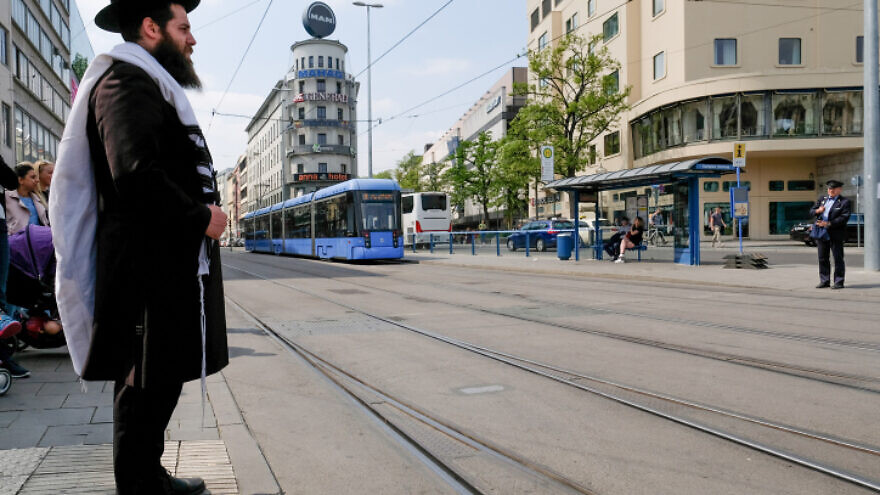 A Jewish man waiting on the streets in Munich, Germany on May 5, 2018. Photo by Nati Shohat/Flash90.
Spread the word.
Help JNS grow!
Share now:

(June 28, 2022 / JNS) The Department for Research and Information on Anti-Semitism (RIAS) in Germany said on Tuesday that it documented 2,738 anti-Semitic incidents last year, including 63 attacks and six cases of extreme violence.

The German government’s commissioner to combat anti-Semitism, Felix Klein, said the number of incidents was worrying but that “at the same time, each of the reported incidents is also a step toward reducing the dark figures,” reported the AP.

The report issued by the group that tracks anti-Semitism in Germany found that the coronavirus pandemic and related anti-Semitic conspiracy theories, coupled with the Middle East conflict, were the main themes.

According to Benjamin Steinitz, the head of RIAS, 964 people were affected by the incidents.