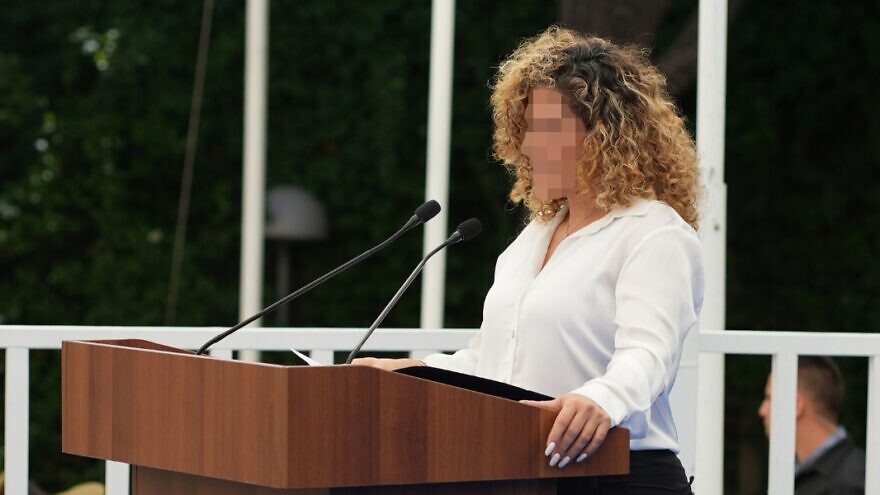 Incoming Mossad Intelligence Authority director "A," who has served in the Mossad for 20 years, is the first-ever woman to hold the position. Credit: Israeli Ministry of Defense.
Spread the word.
Help JNS grow!
Share now:

(August 18, 2022 / JNS) For the first time in history, women are occupying some of the most senior roles in Israel’s Mossad, the intelligence agency announced on Thursday.

“A,” who has served in the Mossad for 20 years, recently assumed the post of director of the Intelligence Authority, the first-ever woman to hold the position, according to the statement released by the agency.

As director, she is responsible for formulating Israel’s strategic intelligence picture on a variety of issues, including Iran’s nuclear program, global terrorism and normalization with the Arab world.

“A” is also responsible for gathering intelligence for all Mossad operations, and managing hundreds of employees that collect and analyze information.

Meanwhile, the Mossad revealed that another woman, “K,” is currently serving as the head of the agency’s Iran Desk, which the statement said is the “chief concern of the organization” at present.

“K” is responsible for developing the Mossad’s strategy for dealing with all aspects of the Iranian nuclear threat and leads the process of integrating operations, technology and intelligence in the organization together with the IDF and all security services.

“As soon as one enters the gates of the organization, there is complete equality between men and women. Many women serve in all roles in operations, as agents and operators of agents, and are integrated into the core of operations and intelligence, with talent, professionalism and energy,” said Mossad Director David Barnea.

“The door to advancement to the most senior ranks is open to men and women alike, according to their suitability and their talents,” he added.

“A” and “K” now join both “H” and “Y,” who were recently appointed deputy head of the Intelligence Authority and deputy head of Human Resources, respectively, as women who serve in the Mossad’s senior command, known as the Forum of Branch Heads.

The most senior Mossad position filled by a woman was that of deputy director, filled by Aliza Magen approximately 30 years ago.