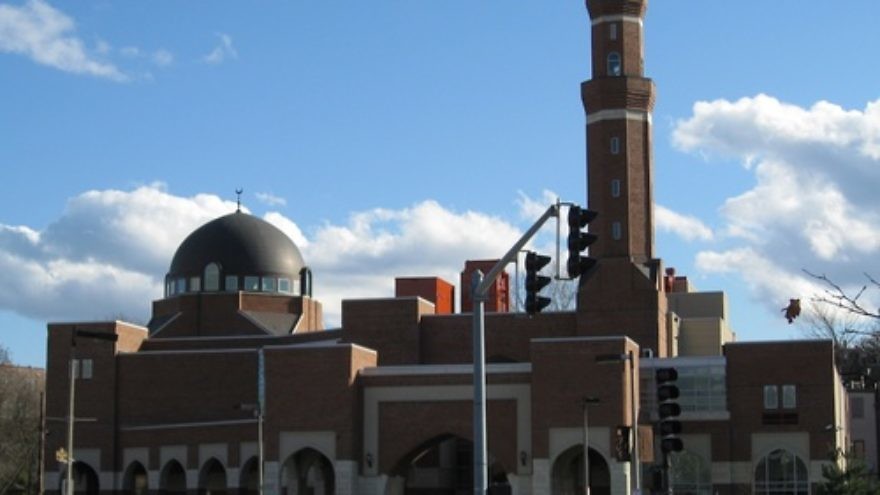 (April 21, 2013 / JNS) The imam of a mosque that is managed by the Muslim Brotherhood-founded Muslim American Society (MAS) was initially invited to speak at Thursday’s interfaith service in Boston to honor the Boston Marathon attack’s victims, but that invitation was later rescinded by Massachusetts Governor Deval Patrick’s office, JNS.org has learned.

The Islamic Society of Boston Cultural Center’s (ISBCC) Imam Suhaib Webb, according to a series of Twitter posts, was replaced as the representative of Boston’s Muslim community at the service—whose keynote speaker was President Barack Obama—in favor of Nasser Wedaddy, director of civil rights outreach for the American Islamic Congress and chair of the New England Interfaith Council.

Webb posted on his Twitter account Thursday, “Sorry, Muhammad Wedaddy from the American Islamic Congress will represent Boston Muslims.” Asked by another Twitter user who Wedaddy was, Webb wrote, “No idea. I was informed last night at 9pm that he was replacing me? lets focus on the service.” Webb later tweeted, “I was told the governor’s office made the call.”

According to the website of ISBCC, located in Roxbury Crossing, Mass., the mosque is “currently being managed administratively by MAS-Boston. As such, the board members of MAS-Boston are your board members!”

MAS, according to the research of watchdog organizations including the Investigative Project on Terrorism (IPT), Americans for Peace and Tolerance (APT), and the Anti-Defamation League (ADL), has an anti-Semitic and anti-Israel history that started with its founding by members of Egypt’s Muslim Brotherhood, the parent organization of Hamas.

IPT has noted that U.S. federal prosecutors identify MAS as “the overt arm of the Muslim Brotherhood in America.” Former MAS Secretary General Shaker El Sayed told the Chicago Tribune in 2004 that “Ikhwan (Muslim Brotherhood) members founded MAS, but MAS went way beyond that point of conception.”

The ADL states that MAS-affiliated Web sites “have featured articles advocating jihad and suicide martyrdom.” ADL also cites individuals involved with MAS including radical Muslim Brotherhood spiritual leader and terrorism supporter Yusuf al-Qaradawi, who is the chairman of Islamic American University, an MAS subsidiary in Michigan, and the Islamic Society of Boston’s founding president Abdurahman Alamoudi, who is “serving a 23-year prison sentence for illegal dealings with Libya and his involvement in a plot to assassinate Saudi Crown Prince Abdullah.”

In June 2009, Boston-based APT issued a press release expressing concern that Governor Patrick and Boston Mayor Thomas Menino accepted invitations to be honored guests at the ISBCC’s grand opening in Roxbury Crossing. APT noted that another Islamic Society of Boston mosque, in Cambridge, Mass., hosted a sermon by Sheikh Yasir Qadhi, a Holocaust denier who has “claimed that Jews want to destroy Muslims, and called all non-Muslims (including Jews and Christians) a ‘spiritually filthy substance’ whose lives and property hold no value and are forfeit to Muslims during Jihad.”

“Civic leaders and the media participating in the ISBCC opening ceremonies must confront these very troubling facts,” APT stated in 2009. “We call upon Governor Patrick and Mayor Menino to reject the extremist leadership of the center, while continuing to reach out to the moderate Muslim community in Boston.”

Patrick and Menino did not back out that appearance at ISBCC, but Patrick may have now changed his tune on the mosque based on his office’s apparent rescinding of Webb’s invitation to speak at Thursday’s interfaith service for the Boston Marathon victims, which also featured remarks by Obama and by Jewish and Christian leaders.

Both Patrick’s office and the ISBCC did not immediately return requests for comment from JNS.org.

Wedaddy, speaking on behalf of the Boston Muslim community, referenced both Islamic and Jewish scripture in his remarks at Thursday’s service, saying, “Whoever kills a soul, it is as if he killed mankind entirely. And whoever saves a life, it is as if he saved all of mankind.”

“Muslims have been profoundly influenced by our encounter with the United States,” AIC’s statement of principles says. “American Muslims are a minority group, largely comprised of African-Americans, converts, immigrants, and the children of immigrants that has prospered in America’s climate of religious tolerance and civil rights. Our community must carefully consider the lessons of our unprecedented experience of acceptance and success as members of American society.”

AIC states that American Muslims should “champion pluralism and condemn all forms of intolerance,” “be ambassadors to the Muslim world,” “recognize and celebrate our own diversity,” “champion the rights of minorities in the Muslim world,” and “participate in the democratic process and work towards civic engagement.”