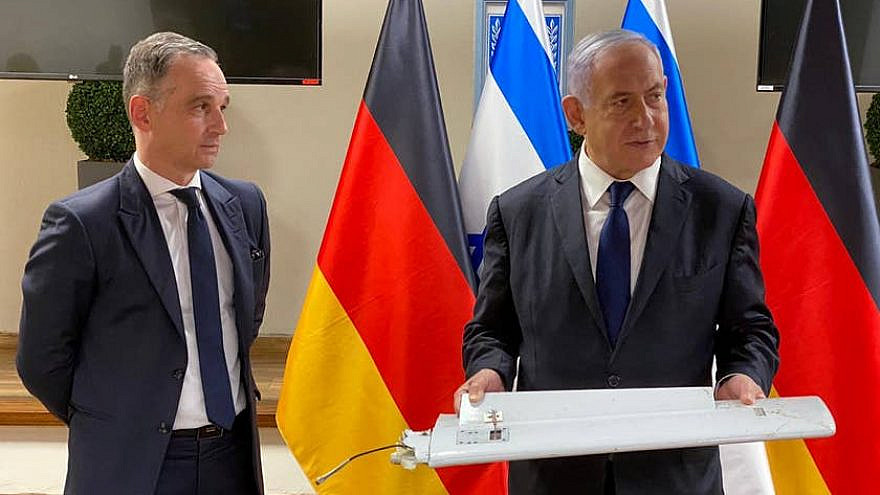 It was shot down over northern Israel crossing from Iraq or Syria, he said during a meeting with German Foreign Minister Heiko Maas.

“Iran sent an armed drone from Iraq or from Syria. Iranian forces launched an armed drone, which our forces intercepted on the border between Israel and Jordan, and that I think says everything about the true patron of terror in the Middle East and in the world: Iran,” said Netanyahu.

“I described during our meeting that while we’re fighting on various fronts, the true backer of much of this aggression is Iran,” he said. “Iran not only supports completely the Islamic Jihad in Gaza and gives them all their finances, they also give weapons to Hamas and Hezbollah.”

Maas said during the meeting in Tel Aviv that he arrived to express Germany’s full solidarity with the people of Israel and that his country condemns attacks from Hamas and other terror factions, which are responsible for the escalation.

He also made a point that Israel has a right to defend itself.