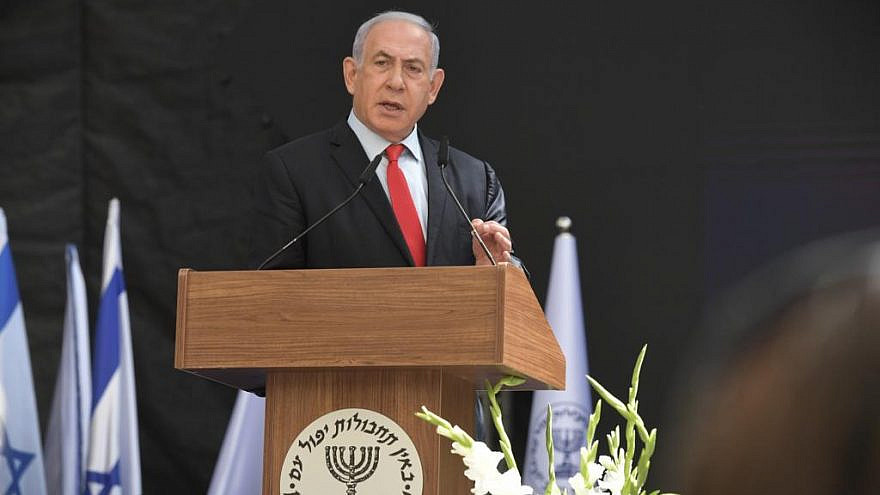 (June 1, 2021 / JNS) Israeli Prime Minister Benjamin Netanyahu said on Tuesday that the Iranian threat could not be contained, and that Israel would risk friction with the United States to eliminate it.

Speaking at the swearing-in ceremony for David Barnea, the new director of Israel’s Mossad intelligence agency, Netanyahu said, “Our greatest threat is the existential threat posed by Iran’s efforts to arm itself with nuclear weapons, whether to threaten us directly—with atomic weapons … or to threaten us with tens of thousands of missiles or a great many missiles backed by a nuclear umbrella.”

This threat, he continued, endangers the future of the Zionist enterprise, and must be fought “relentlessly.”

“All of you do this. We spoke yesterday about the actions that have been taken and these actions must continue,” said Netanyahu.

Netanyahu went on to state that he had said these things to U.S. President Joe Biden, whom he called “my friend of 40 years.” He had told Biden, he said, that with or without a nuclear agreement, Israel “will continue to do everything in our power to prevent Iran from arming itself with nuclear weapons.”

Iran, he said, is not like other countries today that possess nuclear weapons, and therefore, “containment is not an option.”

“If we need to choose—and I hope it will not happen—between friction with our great friend, the United States, and getting rid of an existential threat, getting rid of an existential threat will prevail. This first falls on all of you, on the political leadership of the State of Israel, and on you, David. All of you must do everything—everything—to ensure that Iran will never arm itself with nuclear weapons.”