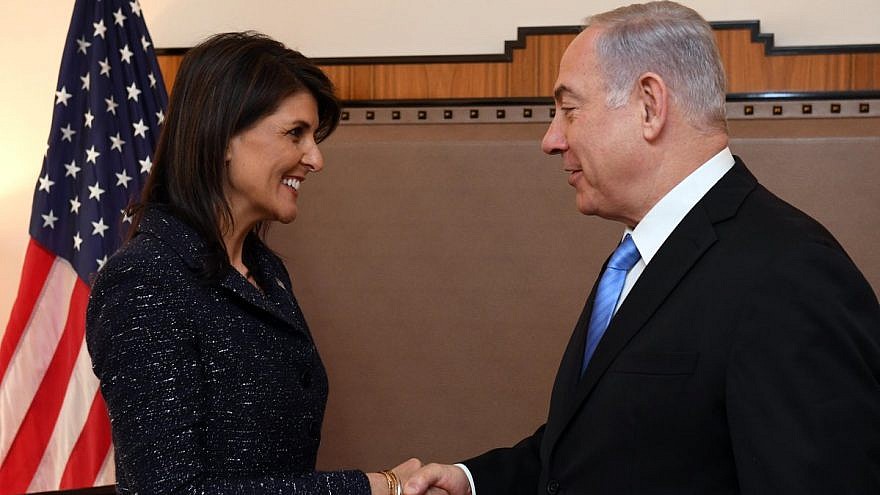 (March 9, 2018 / JNS) Israeli Prime Minister Benjamin Netanyahu visited the U.N. headquarters in New York on Thursday, where he met U.S. Ambassador to the United Nations Nikki Haley and toured an exhibit about the Jewish people’s connection to Jerusalem.

“I wanted to tell you how much we appreciate the defense of Israel, and the truth that the president [U.S. President Donald Trump] and you bring into these cloistered halls that are so damp, you know, with anti-Israel venom,” Netanyahu told Haley. “It’s not just a breath of fresh air; it’s like a tsunami of fresh air.”

In response, Haley derided the anti-Israel bias in the world body, saying, “It’s amazing. I mean, really, it was just abusive before, and I think I’ve told you that before. I mean, I feel bad for [Israeli Ambassador to the U.S. Danny Danon] and what he’s had to put up with. It was abusive before.”

But, she added, “it’s actually starting to get a little bit better. I mean, they don’t want to get yelled at, right? So they just realized that.”

To which Haley replied: “It’s what I do.”

The two then went on to discuss the threat posed by Iran.