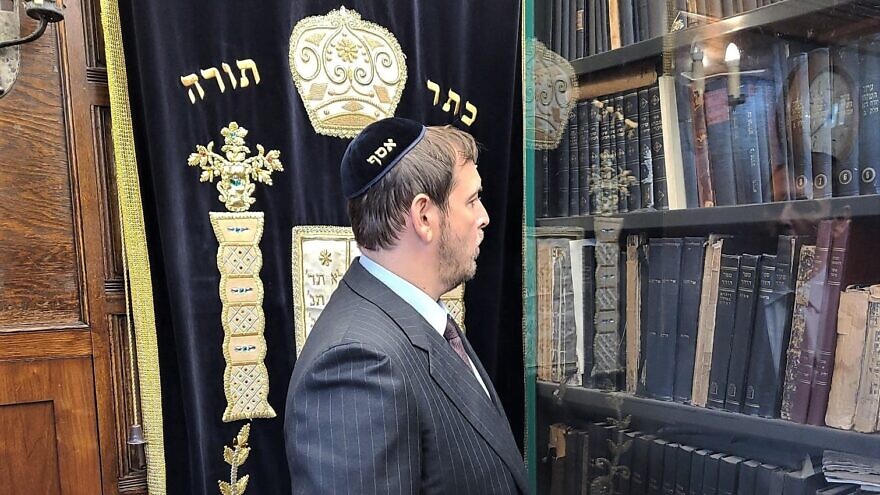 (May 27, 2022 / JNS) Ambassador Asaf Zamir, the Consul General of Israel in New York, visited Chabad-Lubavitch headquarters at 770 Eastern Parkway in the Crown Heights neighborhood of Brooklyn, N.Y.,  and the Jewish community there on Thursday.

He toured 770, putting on tefillin in the study of the Lubavitcher Rebbe—Rabbi Menachem Mendel Schneerson—and spent several minutes praying by himself. He learned about the Rebbe’s impact and leadership in a guided tour by Chabad spokesperson Rabbi Motti Seligson. He also went into the synagogue area of the building, where he stopped and chatted with a group of yeshivah students from Israel who are studying in New York for the year.

Zamir then visited the Jewish Children’s Museum, where he received a private tour by Devorah Halberstam, the museum’s co-founder and the chairwoman of the New York City Police Department’s hate-crime review panel. While there, she told him the tragic story of her late son, Ari Halberstam, who was shot and killed in 1994 by a terrorist while traveling in a van with other Jewish students on the Brooklyn Bridge.

He also strolled down the main artery, Kingston Avenue, stopping into shops and greeting people. And he took the time to meet with Crown Heights Rov—Rabbi Yosef Braun—as well as Rabbi Chanina Sperlin, and Rabbi Eli Cohen of the Crown Heights Jewish Community Council.

The day was capped with a conversation with young Jewish business leaders at the home of Rabbi Moshe Pinson.

“It’s impossible to visit Chabad and meet with some of its young leaders, and not be impressed with their work for Jewish life in New York and all over the world,” said Zamir. “It is important for me to meet the Rebbe’s emissaries—the emissaries of Judaism—around the globe, as we strengthen the already amazing relationship between the global Jewish community and the people of Israel.” 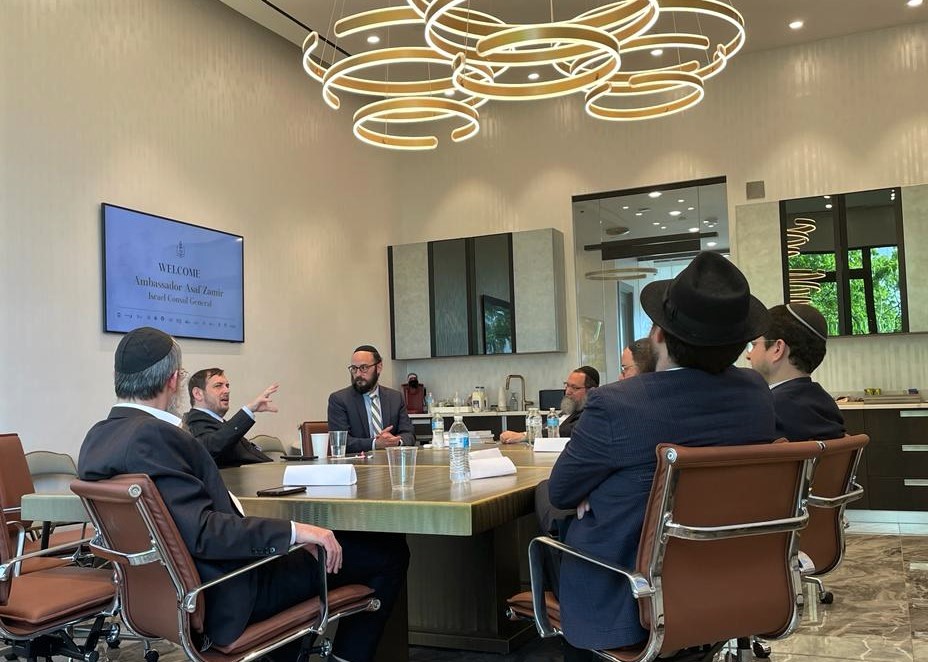 Ambassador Asaf Zamir, the Consul General of Israel in New York, met with young business leaders in the Crown Heights neighborhood of Brooklyn, N.Y., on May 26, 2022. Credit: Courtesy.
Republish this article in your newspaper or website