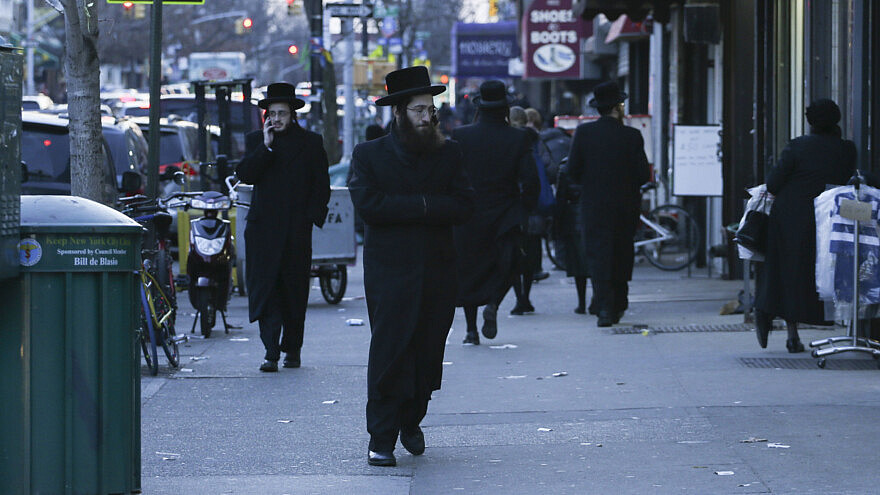 (December 13, 2022 / JNS) Agudath Israel of America on Monday expressed “deep chagrin” with a front-page article in The New York Times for its continuation of the newspaper’s pattern of “defaming and misrepresenting” the Orthodox Jewish community.

The Dec. 12 article, headlined “Why Some Hasidic Children Can’t Leave Failing Schools,” began with an anecdote on Beatrice Weber, a divorced mother of 10 who tried to withdraw her 10-year-old son from a yeshiva but “found that she could not do it” because “she had signed away that right in a divorce agreement drawn up by Hasidic leaders.”

“Across New York’s Hasidic community, parents like Ms. Weber often end up trapped in an impossible position, anxious to get their children out of some of the worst-performing schools in the state but hindered by social pressure and religious institutions,” the Times reported.

Agudath Israel responded in a statement that “the ‘reporting’ exclusively features the opinions and stories of individuals who have left their communities and those closely affiliated with groups dedicated to tearing down traditional Jewish education and helping religious people leave their roots.”

“Conversely, notwithstanding repeated outreach to the Times, the paper has consistently shunned any narrative that does not portray the Orthodox community as backward, societal leeches, controlled and persecuted by their own religion,” the organization explained. “Even the photographs selected, the sullen faces and marching children, are marshalled to further this narrative. This, notwithstanding that the Orthodox Jewish community produces thousands of hardworking, successful, civic-minded, peaceful families, who are an asset to every New York community they choose to reside in.”

During a time of rising antisemitism, the Times is “investing significant resources to contribute to an atmosphere of hate against those most identifiably Jewish,” Agudath Israel added.