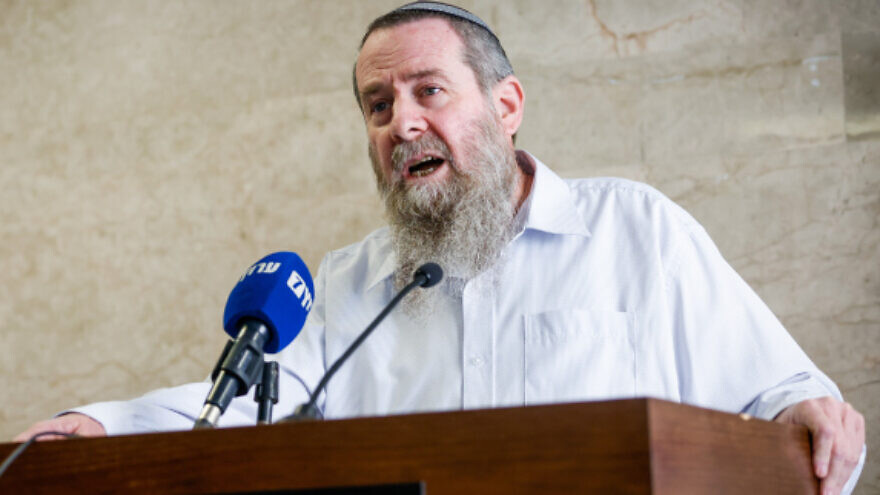 (December 5, 2022 / JNS) Avi Maoz, chairman of the Noam Party, responded Monday to criticism of his appointment at the Ministry of Education, labeling it “an attempt to prevent the prime minister-designate from forming the sole legitimate elected government after the election.

“In recent days, a wild public campaign has been carried out by the left with the authorization of Yair Lapid and the media,” Maoz said, referring to the outgoing prime minister’s call last week on local municipalities not to cooperate with the Education Ministry department Maoz is set to lead under the incoming Netanyahu government.

“It’s a campaign of a minority which lost in the election against the national majority that had its emphatic say at the ballot box. This campaign is no less than incitement to rebellion,” he said.

“It’s a struggle that starts with Yair Lapid, passes through [outgoing Education Minister Yifat] Shasha-Biton and ends with the media—all of them conducting a raging war against democracy and the majority of the nation that voted to oust them from their positions,” Maoz said.

The Noam Party focuses on social issues, viewing them through a religious lens. It opposes LGBTQ rights and most other progressive causes.

The party also seeks to strengthen Jewish identity in the school system, which it said is being eroded.

During his press briefing, Maoz provided several examples to illustrate the problem, noting that teachers will hide from parents meetings arranged between their children and controversial, European Union-funded groups advocating a Palestinian narrative.

“I turn to Yair Lapid, to Mrs. Shasha-Biton and to the whole bloc that lost in the election. Are you afraid of transparency? Are you for incitement and sedition? Are you for hiding things from parents? Are you for the interference of foreign states and governments in the education of Israeli children?

“I promise you—the parents, the children, the principals and the entire education system—no more hiding but rather complete transparency,” Maoz said.