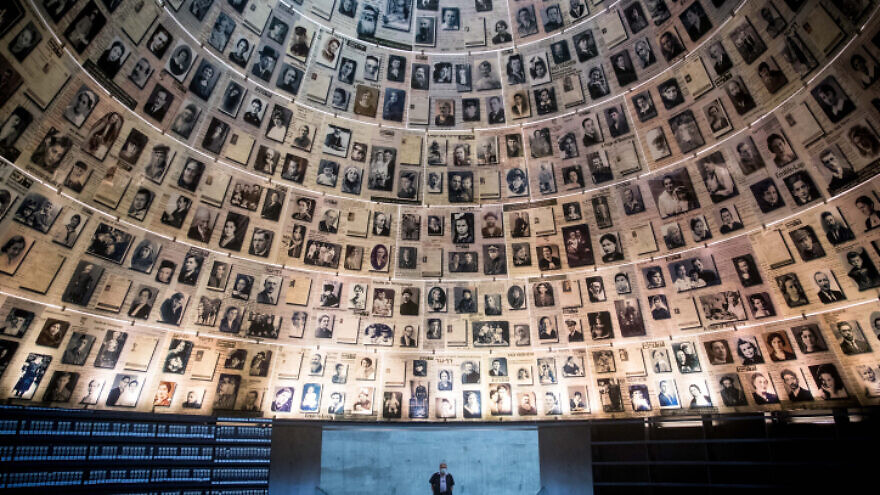 A security guard stands in the empty Hall of Names at the Yad Vashem Holocaust Memorial Museum in Jerusalem on April 19, 2020. Photo by Yonatan Sindel/Flash90.
Spread the word.
Help JNS grow!
Share now:

(April 20, 2020 / JNS) Eighty-one years after the Holocaust, the global Jewish population is still short of the 16.6 million estimated to have been alive on the eve of the war in 1939, with Israel’s Central Bureau of Statistics reporting ahead of Yom Hashoah that there were 14.7 million Jews worldwide at the end of 2018.

Yom Hashoah, or Holocaust Remembrance Day, is marked in Israel on the 27th of the Hebrew month of Nissan to pay tribute to Jewish resistance on the anniversary of the Warsaw Ghetto Uprising.