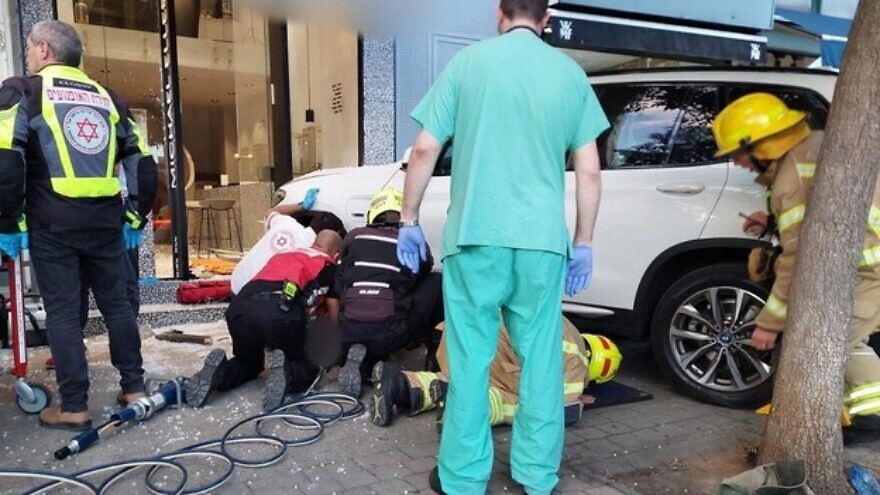 (September 12, 2022 / JNS) In what seems to have been an accident, a car drove onto the sidewalk and hit several people on Aryeh Akiva Street in Tel Aviv’s Madinah Square on Monday. One of the people struck was pronounced dead at the hospital, according to MDA and police reports.

One of them included a young woman in her 20s who was in critical condition and received life-saving treatment while being transported. She was ultimately declared dead at the hospital.

According to Israeli media, a 60-year-old female driver lost control of her vehicle, veered onto the pavement, and collided with a jewelry store and four pedestrians.