Q: What kind of work did your grandfathers do prior to the Nazi invasion?

A: My paternal grandfather died around 1911. He had been a teacher. My maternal grandfather prior to the First World War was a distributor for all of Hungary for the Manner Confectionary Company of Vienna. Between the wars, he lived off his real estate investments.

A: March 19, 1944, was the day the Germans occupied. Prior to that date, Hungary was the only untouched Jewish population in Europe. After that date, the Holocaust came to Hungary at a ferocious speed.

Q: How many people from your country were deported to Auschwitz?

Q: Although the deportations were initiated by the Nazis, I understand they were carried out by the Hungarian Gendarmerie.

A: Rudolph Kasztner negotiated with [Adolf] Eichmann and other Nazis from April to December 1944. He was an incredible negotiator who really had nothing to offer the Germans except promises and bluff.

Q: When you left Budapest in June 1944, where did the train take you?

A: The train left June 30 and after nine days arrived in Bergen-Belsen.

Q: How many members of your family from Budapest boarded the ‘Kasztner train,’ and how many survived the Holocaust? 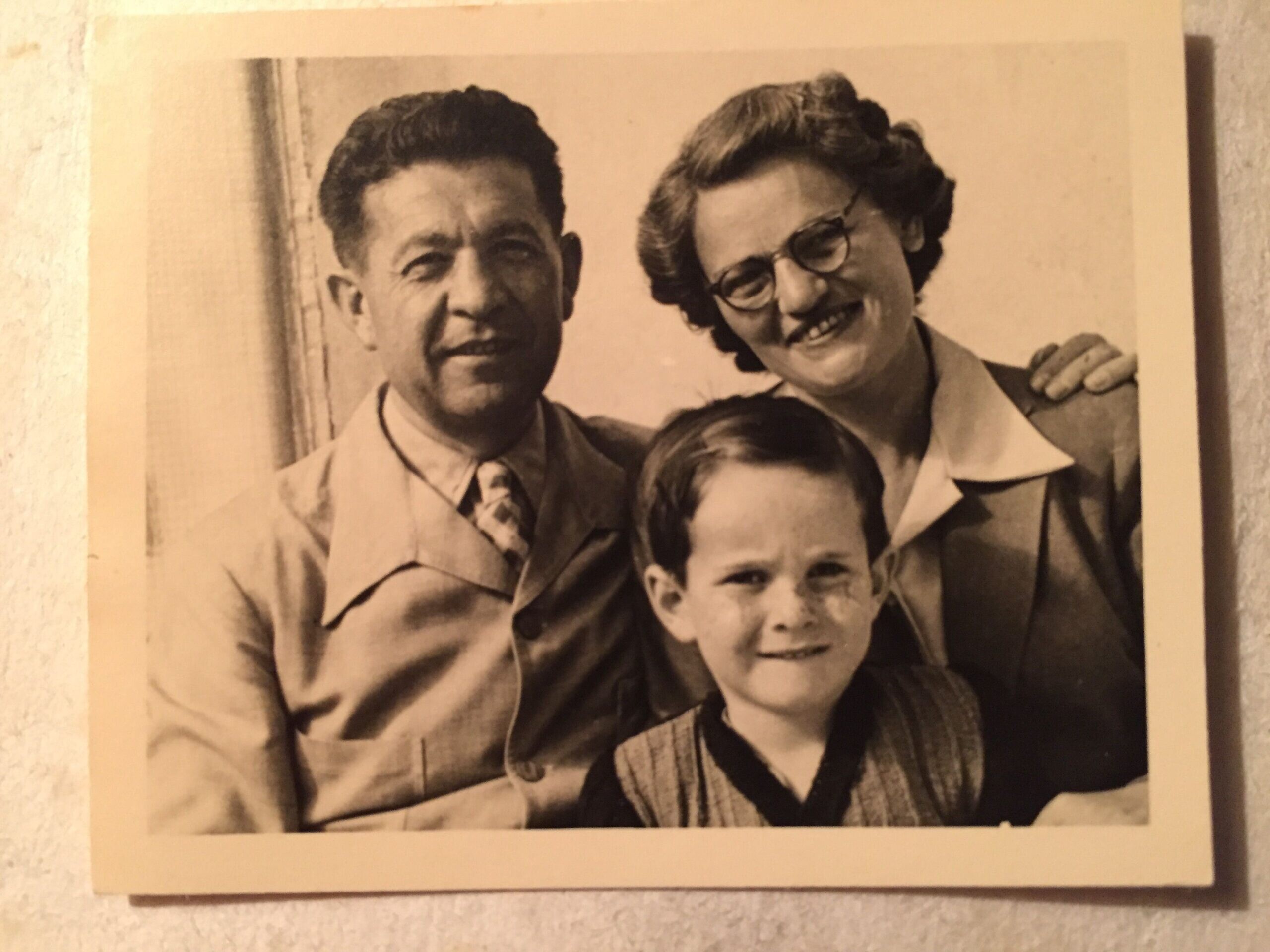 Dr. John H. Merey as a child with his parents. Credit: Courtesy.

Q: When did you and your family safely depart for Switzerland?

A: My parents and I, and the majority of the group, left Bergen-Belsen on Dec. 4 and arrived in Switzerland on Dec. 9, Hanukkah 1944.

Q: How did Kasztner negotiate for your family’s release to go to Switzerland?

A: Kasztner was a master negotiator combining promises and bluff. The [American Jewish] Joint Distribution Committee and American War Refugee Board in Switzerland helped in that process as well.

Q: Why would you say the Kasztner group was the single most successful rescue of the Holocaust under Jewish leadership?

A: More people were saved [about 1,700] in the Kasztner Group than were saved [by Oskar Schindler as part of] Schindler’s List [about 1,200].

Q: Where did your family settle when you left Europe and came to the United States?

A: We settled in Queens, N.Y. Our first home was in the backroom of my uncle’s medical office in Woodside, Queens.

Q: What type of work did your father do after your family’s arrival?

A: Right away, my father found a job in his own profession: civil engineering.

Q: How long have you practiced ophthalmology in West Palm Beach?

A: I’ve been in practice in the Palm Beach/West Palm Beach area for more than 50 years.