(November 4, 2021 / JNS) It’s not true that biased reporting about the Middle East has no impact on Israel. In the last week, a New York Times feature about a road trip taken by two of its staff through the small country generated a surge of interest on Twitter from Israelis. The 5,000-word article paints a dismal picture. Just about everyone they met as they traveled from the northern border with Lebanon to the southern port of Eilat was dissatisfied and disillusioned with the country. The Israel they depicted was dysfunctional, deeply divided and generally miserable. It was all summed up by one elderly Israeli quoted in the piece who said if his father, who had helped found one of the nation’s kibbutzim in the pre-state era, were to look at the country now, he’d say, “ ‘This wasn’t the child we prayed for.’ And then he’d return to his grave.”

While most Israelis will tell you they don’t read or care about foreign press coverage, this story generated a mass response. While few would deny that their nation has a lot of problems and that its politics are pretty crazy, they also take pride in the fact that surveys have consistently shown that it is also one of the happiest places on earth. Measuring happiness is complicated, but when you take into account responses about people’s satisfaction in their lives, pollsters have come up with a fairly objective standard. And it shows that Israel ranks 12th in the world (up from 13th the year before) in the happiness index of its citizens, ranking only below some Scandinavian and European countries, as well as New Zealand.

So to show the Times and its readers their contempt for this sort of shoddy agenda-driven writing, a Twitter hashtag was created called #SadSadIsrael in which Israelis posted pictures of them enjoying their lives from north to south and everywhere in-between. Scanning those posts actually provides readers with a much better picture of what life in Israel really looks like.

Why did the Times writers come up with such a different picture? Call it confirmation bias or just prejudiced reporting; the result was perfectly in line with the paper’s general tone of coverage of Israel. Their journey was intended to produce exactly what they pre-ordained. They went looking for a particular idea about the country, and that’s what they found. 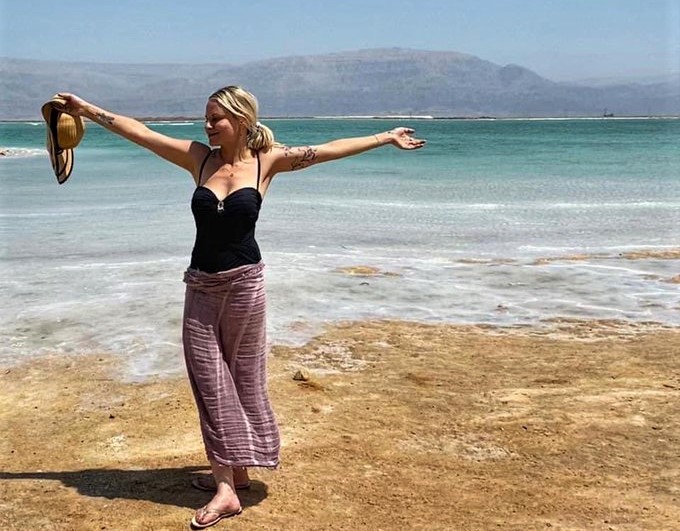 The same applies to a subsequent article in the upcoming issue of the Times Sunday Magazine with the portentous title of “Inside the Unraveling of American Zionism.” It focuses on the 93 rabbinical and cantorial students who signed a letter condemning Israel during the fighting with Hamas last May. Subsequently published in the Forward, the letter was a disgraceful and self-important rant filled with virtue signaling and pseudo-religious contempt for Israel that displayed the signers’ tunnel vision about the conflict and lack of understanding of the dilemmas faced by the Israeli people.

The piece, by former Tablet writer Marc Tracy, wasn’t wrong to link their views to anti-Zionism. The students didn’t merely disdain Israeli policies; they called for an end to U.S. military aid to the Jewish state. Even worse, they fully embraced the Palestinian nakba (“catastrophe”) narrative about the illegitimacy of Israel’s creation. They also went full-bore intersectional by endorsing the comparison between the Palestinian war to destroy Israel with the struggle for civil rights in the United States. In so doing, they validated the toxic myth that Israel is a function of “white privilege,” and, whether intentionally or not, gave a permission slip to American anti-Semites on the left to demonize Israelis and American Jews.

Frankly, it’s a disgrace that several dozen students at the non-Orthodox seminaries could be mobilized to sign such a document at a time when more than 4,000 rockets and missiles fired by Hamas were raining down on Israelis, and while anti-Zionist rhetoric on the floor of the House of Representatives helped incite anti-Semitic violence on the streets of American cities. It’s also evidence of the way some have fully embraced the fashionable ideologies of the left, even if it places them in opposition to basic principles of Judaism, such as the importance of the land of Israel or even the right of Israelis to self-defense against terrorism and would-be terrorists. 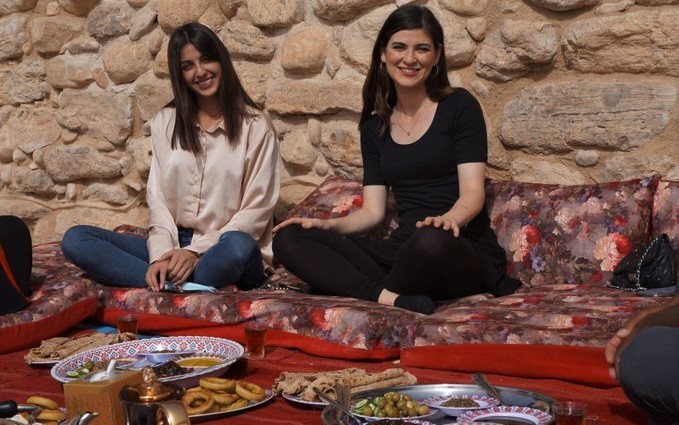 On the other hand, to treat 93 extreme leftists as somehow representative of the complete “unraveling” of American Jewish support for Zionism is neither a serious analysis nor good journalism.

It’s true that the American Jewish community has changed since the heyday of support for Israel in the post-Holocaust period that stretched from 1948 to the Yom Kippur War. As Tracy pointed out, after that, many highly assimilated Jews began to revert to the pre-World War II position of many in the community that was not sympathetic to Zionism. And it’s indeed a stretch to consider 93 students and their spiritual mentor, the appalling writer Peter Beinart, as thought leaders. Beinart, who in a few years went from posing as the avatar of liberal Zionist to endorsing the Palestinian “right of return” and the destruction of the Jewish state, may be the poster child for such disillusionment, but to pretend that he is representative of Jewish opinion is simply untrue.

After all, polls continue to show that although an overwhelming majority of American Jews are loyal Democratic voters and aren’t fans of recent Israeli governments, most say that Israel is important to them and they consider Israelis family. Other surveys demonstrate that nine out of 10 American Jews back Israel over the Palestinians.

The point here is that to treat a feature about a six-month-old letter that did nothing to shape Jewish opinion about Israel as a harbinger of the end of Jewish support for Israel was irresponsible. It was also not original. The Times has been publishing similar pieces predicting the end of American Jewish Zionism for 50 years, giving Israel’s opponents the same sort of sympathetic and out-of-proportion coverage in previous decades that they’ve given the current batch of anti-Zionists. 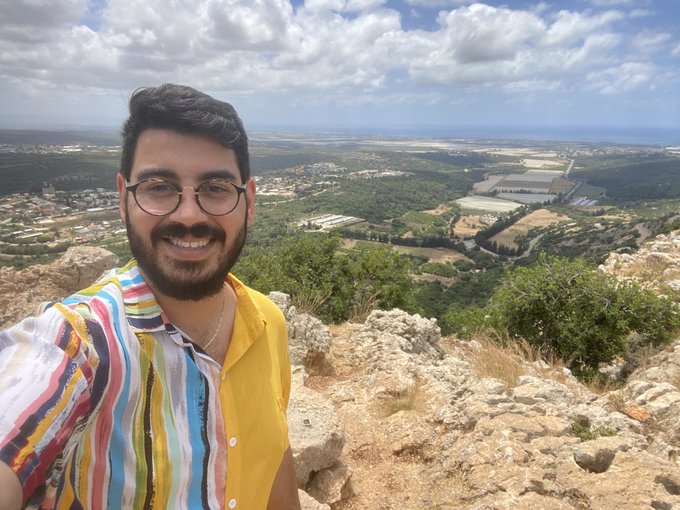 The newspaper of record has a long history of hostile coverage of Israel and indifference to Jewish suffering dating back to its editorial policy of ignoring the Holocaust as it was happening. In the last decade, however, it has grown worse. Whereas in the decades after the Second World War, the paper’s editors didn’t give platforms to those advocating for the destruction of the one Jewish state on the planet and hosted a number of pro-Israel columnists on its op-ed page, today the Times considers such advocacy to be fair comment and employs several writers who regularly take that line. The dropping of even the pretense of objectivity in most of its news coverage on just about any topic in recent years has also led to more anti-Israel bias.

The question is, does this matter? Some pro-Israel activists and most Israelis will say “no.”

Israelis have always considered worrying about international opinion to be not in keeping with their goal of making their actions more important than what other people say about them. American friends of Israel say they stopped reading the Times years ago and that doing so is a waste of time.

Still, it’s a mistake to ignore what remains one of the most widely read publications in the world.

While the trend that Tracy’s article inflates into an “unraveling” is discussing the opinion of only a small minority, the support it gets from the newspaper that is still viewed by liberal Jews as the flagship of journalism can only strengthen it. Undermining Israel’s image by negative articles serves to help those trying to transform the Democratic Party from one with an increasingly vocal anti-Israel element to one in which that faction dominates. 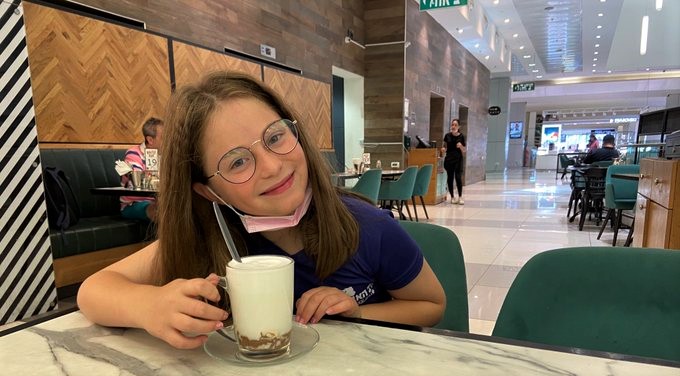 That’s why it’s important that the calumnies of the Times never be allowed to go unanswered. If that answer can be in the form of mass mockery, as is the case with #SadSadIsrael, then all the better.

Ignoring the danger of allowing the “apartheid Israel” lie to gain traction in popular culture or even in Jewish forums is folly. Nor should Jewish organizations be shy about speaking up in condemning the sorts of actions that the seminary letter represents since it is providing cover for anti-Semites elsewhere.

While the vast majority of Americans remain steadfast friends of Israel and are generally unaffected by media bias, the one group that is impacted by it—and especially, at the Times—are American Jews. Fighting for Jewish opinion in this country means that no one who cares about Israel can afford to not care about what the Times publishes, no matter how wrongheaded or biased it might be.