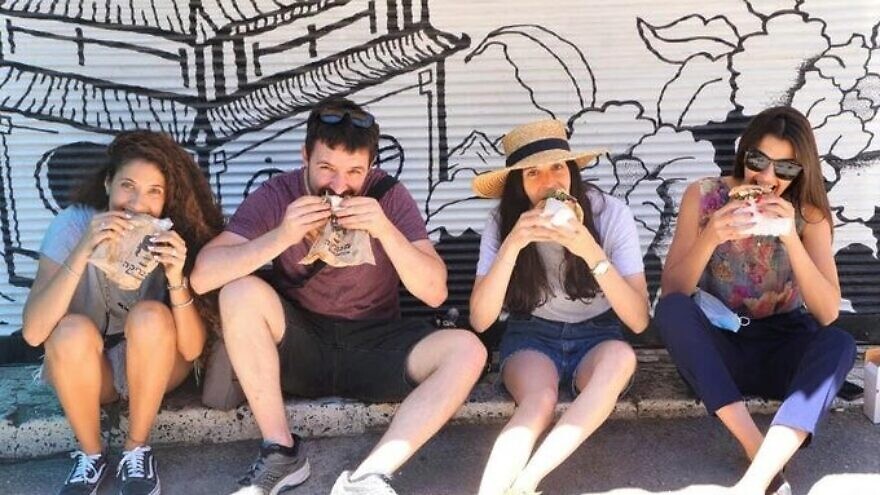 (November 4, 2021 / JNS) A viral social-media campaign poking fun at The New York Times was the No. 1 Twitter trend in Israel, even garnering the attention of the nation’s official Twitter account.

The newspaper published an article on Oct. 26, titled “Whose Promised Land? A Journey Into a Divided Israel,” in which the publication’s Jerusalem bureau chief Patrick Kingsley used depressing and somber descriptions to depict Israelis and their country. In response, the media watchdog organization CAMERA launched a social-media campaign on Monday called “#SadSadIsrael.”

“The Times’s article seemed to be asking for ridicule,” said CAMERA analyst Gilead Ini, who started #SadSadIsrael. “After 10 days of traveling throughout the country, Kingsley somehow only stumbled upon Israelis who viewed their country as a land of ‘tensions,’ ‘inequities,’ ‘divisions,’ ‘unrest,’ ‘fury,’ ‘ambivalence,’ ‘illegitimacy,’ ‘alienation,’ ‘injustice,’ ‘discrimination,’ ‘bias,’ ‘abuse,’ with ‘slums’ and ‘shabby,’ ‘tired’ and ‘garish’ towns—and hardly a bright spot to be found.”

Israelis have been tweeting joyous pictures of themselves with the satirical hashtag #SadSadIsrael. Photos show them at weddings, restaurants, the beach, bars and concerts, dancing in bomb shelters, on hikes and enjoying time with family and friends.

The official Twitter page for the State of Israel uploaded a photo of Israelis smiling while eating falafel sandwiches and said in a message to The New York Times, “We’re sooo sad. #SadSadIsrael.”

Some Twitter users also noted that in March, Israel was ranked the 12th happiest country in the world by the World Happiness Report, and the year before, the 13th.

Ini said: “Kingsley’s ‘journey,’ and the 5,000-word essay that followed, said a lot more about the ideological agenda of The New York Times than it did about Israel.”