(December 10, 2021 / JNS) New York is a city of many museums. But among those devoted to history, one of the best is the Tenement Museum on the Lower East Side. Founded in 1988 in a surviving tenement house of cramped apartments at 97 Orchard St., the museum told the story of the approximately 7,000 immigrants who lived in the building from 1863 to 1935 when it ceased being a residence.

Because the original structure was largely intact, it served as a time capsule that graphically illustrated the lives of the Irish, Eastern European Jewish, German and Italian immigrants who lived in it. Researchers were able to detail the names of the families who lived in each of its small flats and reconstruct what it was like to be there. Along with the information provided about these immigrants, merely walking through the tiny spaces in the building told you all you needed to know about the poverty and lack of privacy that characterized their lives.

In 2017, the museum expanded to a separate building down the block. That enabled it to discuss the lives of separate waves of immigrants—Hispanics, Chinese and survivors of the Holocaust—who lived in the area from the 1950s to the 1980s.

Remembering those waves of impoverished arrivals from Europe who had come to America was its mission, and anyone who viewed its impressive exhibitions could readily understand its importance. 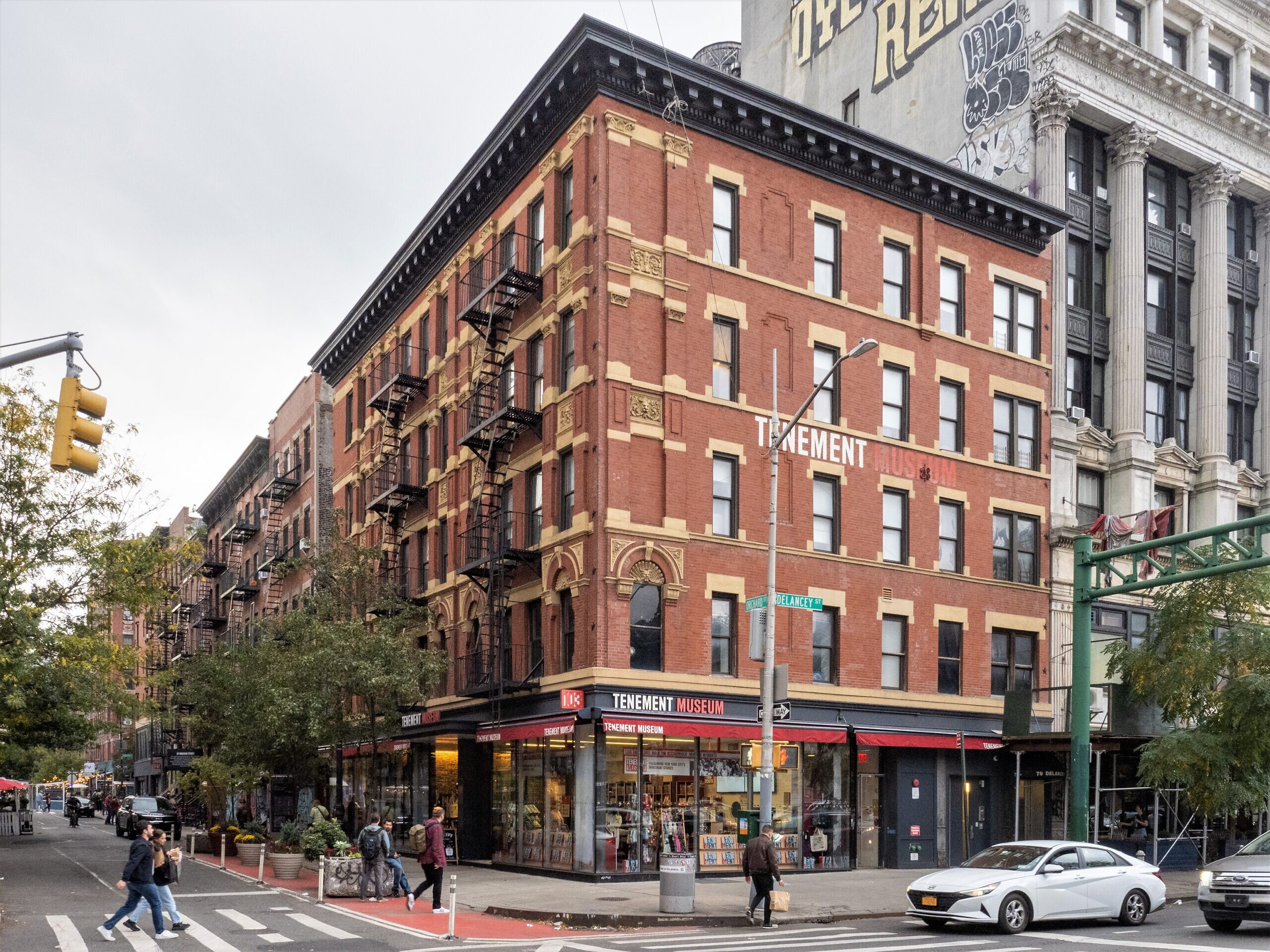 But the moral panic over race that swept through the United States in the wake of the death of George Floyd in the summer of 2020 caused the museum’s management to forget its core mission. It was a moment when woke politics demanded that the national discussion be solely focused on race and the notion that America was an irredeemably racist nation. Retelling the saga of how poor European immigrants lived in late 19th- and early 20th-century New York no longer seemed so crucial to its staff. They searched for a way to shift that focus to tell a very different story about the lives of 19th-century New Yorkers who were black.

That’s a significant chapter of history. African-Americans have been part of the story of New York from its beginnings as a Dutch settlement. Still, that has little to do with the one about the Irish, Jewish, German and Italian newcomers who dwelled on Orchard Street while trying to survive and ultimately give their descendants a chance to enjoy their piece of the American dream.

Rather than stick to the purpose for which the museum had been founded, the museum has shifted its priorities in order to accommodate woke political fashion. In doing so, it hasn’t merely expanded its focus but has now sought to undermine one of the principal narratives underpinning its original exhibition.

As a fawning feature about the shift published earlier this year in The New York Times reported, the museum was able to find a rationale to change direction because a city directory from the 1860s showed that there were two Joseph Moores in the city. One of them was an Irish waiter who lived at 97 Orchard St. Another was a black man who lived elsewhere in New York. In order to stay current with the times, the museum has now redesigned one of its apartment tours to tell the story of that particular Joseph Moore and his wife, even though—unlike everyone else featured in the exhibition—he never lived there. Nor was he an immigrant. As opposed to migrants who had braved ocean crossings in unhealthy “coffin” ships to get to America, Moore had merely taken the ferry from New Jersey.

Along with that shift, the museum has also redone its Irish family tour to downplay the sufferings of those immigrants. Instead, it will speak of the racism of some of the Irish that supplied part of the motivation for one of the most disgraceful incidents in New York history: the 1863 draft riots in which mobs not only protested the government’s policy of conscripting immigrants during the Civil War but also lynched African-Americans.

There are a few problems with this decision. One is that the Irish family whose story has been revised wasn’t even in the country in 1863; they arrived later in the decade. More to the point, it reflects a decision to stop highlighting the problems of immigrants to one about another subject and to portray one such group negatively as if the entire saga of the Irish in New York could essentially be erased because of what some did. Were any institution to do that about an immigrant group with a more protected status in 2021, it would be considered an act of prejudice. But in today’s woke culture, it’s considered enlightened storytelling.

One of the people who have commented about this startling and disappointing turn of events is writer Peter Van Buren, a former Tenement Museum educator, who discussed the topic in a column in The Spectator.

As Van Buren notes, the life of the African-American Joseph Moore is worthy of remembrance. But shoehorning that into the Tenement Museum is much like commemorating those who fell during the fighting on D-Day during World War II at the Gettysburg battlefield. “That didn’t happen there. That story is told somewhere else,” he said.

Moreover, the desire of the museum to move in this direction reflects the passions of the moment, rather than a devotion to history that should be at the core of any such institution. He speaks of an Asian-American staffer at the museum who exclaimed at a meeting, “No more Jews. I want to tell my story!” As he writes, that person was the child of university professors who had grown up in a wealthy suburb. These days, however, the narcissism of contemporary woke professionals transcends history.

Van Buren, who was roundly abused by liberal writers and social-media users for daring to question the museum’s decision, also honed in on an important point that speaks volumes about what’s wrong with discourse about those who are disadvantaged. The obsession with race as the only narrative worth emphasizing often distorts the truth about the past by downplaying economic factors.

By changing its approach to Irish immigrants from one that told of their sufferings to one that brands them as empowered racists, the museum is failing to inform its audience that the dominant theme of 19th-century New York with respect to immigrants was one in which some privileged white people discriminated against other less privileged white people—first, the Irish, and then the Jews and the Italians who arrived later—who had journeyed to the city from abroad. As with many who ignore the problems of working-class Americans regardless of race today, those who can only see victims through a racial prism miss most of the real privation in the country. Understanding that victimhood isn’t purely a function of skin color gives the lie to the meme popularized by the Black Lives Matter movement that race is everything and grants a permission slip to those who would discriminate against groups like Jews in the name of intersectional politics.

In the last two years, wokeness has helped undermine freedom of speech and promoted a narrative in which racism dominates the discussion to the detriment of individual rights. The Tenement Museum isn’t so much celebrating diversity and inclusion as it is betraying its central mission to the detriment of the discipline of history. It is asking us to regard the stories of the immigrants who came to America in this period as somehow less important than those of others, whether or not they are entirely accurate. That may satisfy the desire of today’s elites and the chattering classes for virtue signaling, but it does neither the country nor the study of history any good.