(April 24, 2022 / JNS) In her April 16 New York Times article on Israel’s response to the deadly terror wave the country has suffered in recent weeks, Jerusalem correspondent Raja Abdulrahim fails to mention that the majority of the Palestinians killed by Israeli forces were members of terrorist groups.

The article, titled, “‘We’re Exhausted’: Palestinians Decry Israeli Raids as Collective Punishment,” decries the Israeli “killings” of Palestinians “in response” to terror attacks that claimed the lives of 14 Israelis.

Given that the terrorists’ local obituaries include pictures of them in uniform or carrying weapons, this omission raises troubling questions.

These questions are not new; the Times has been guilty of journalistic malpractice in its Israel-related reporting on many occasions. In June 2021, for example, the paper published an anti-Israel blood libel purporting to document “Gaza’s Deadly Night: How Israeli Airstrikes Killed 44 People.”

The deep dive was assisted by former employees of Human Rights Watch, members of the Hamas-run police, Hamas officials in the Gaza Health Ministry, the Palestinian Center for Human Rights (affiliated with the PFLP terror organization) and local Gazan stringers, photographers and “fixers.” They dispatched their findings and photographic “evidence” to Times senior writers in Cairo, New York, Jerusalem and Canada.

Using these sources, the Times’ screed listed dead Hamas fighters as civilians and failed to account for hundreds of Hamas rockets that fell short and hit Gaza. It also ignored the hundreds of kilometers of Hamas tunnels, some containing arms depots, built under residences and roads, which exploded or collapsed during the fighting. 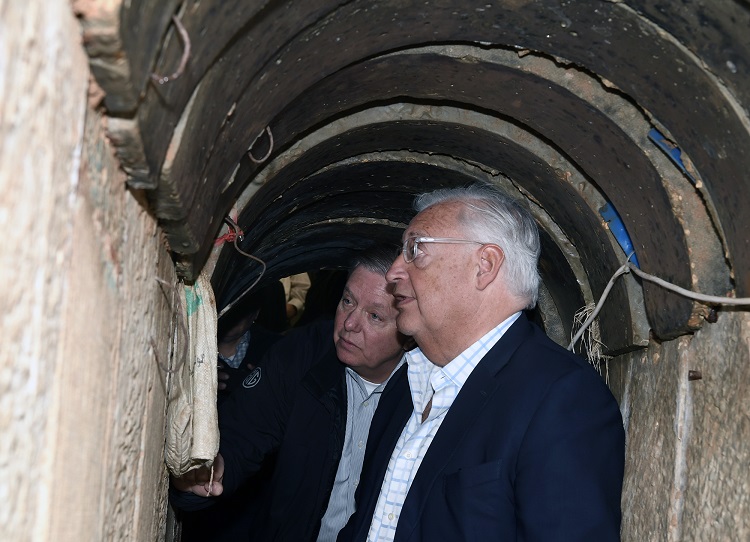 The “Gray Lady” never corrected or apologized for its egregious 2021 journalistic malpractice.

In November of that year, it hired Raja Abdulrahim as a correspondent in Jerusalem, to focus on Palestinian affairs. 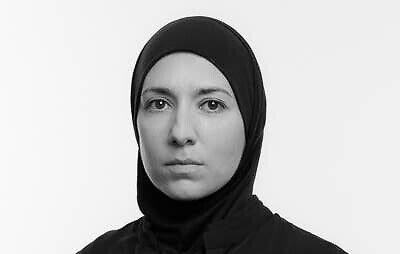 After five years in Beirut and then Libya, Syria and Egypt reporting for The Los Angeles Times and The Wall Street Journal, the Arabic-speaking Abdulrahim was to expand the Times’ ability to report on Palestinian affairs.

The piece drips with empathy for and photographs of Palestinian civilians, particularly mothers and children, who fear Israeli counterterrorist raids. Abdulrahim provided details on Mohammad Zakarneh, a 16-year-old killed while heading home to break his Ramadan fast; 47-year-old widow Ghada Sabteen, who was shot in the leg after she ignored warning shots and calls to halt while approaching an Israeli checkpoint near Husan; and lawyer Mohammad Assaf, 34, who was shot in Nablus as Israeli forces left the city under a barrage of firebombs and rocks, while providing security for workmen repairing Joseph’s Tomb. The tomb had been vandalized by Palestinian rioters.

However, all three were shot under circumstances that require investigation. Was Sabteen a case of “suicide by soldier,” the aim of securing for her children the stipends granted by the Palestinian Authority to the families of so-called martyrs? Was Zakarneh involved in a gun battle with Israeli forces? And why was he photographed wearing a Palestinian Islamic Jihad headband and holding a picture of himself with an assault rifle? 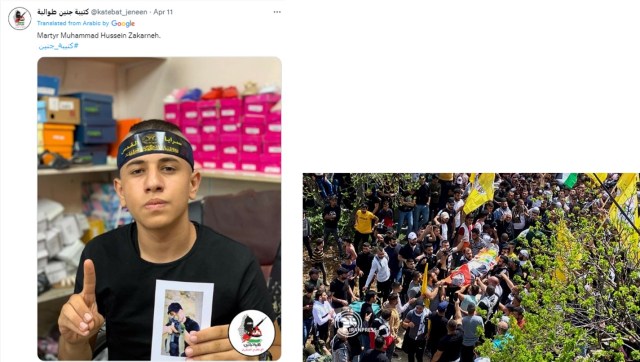 A tweet by the Palestinian Islamic Jihad showing Muhammad Zakarneh wearing a PIJ headband and holding a picture of himself armed with an assault rifle (left), alongside an Iranian Press photograph showing Fatah flags flying during his procession.

The local obituaries of many of those killed by Israeli forces include ample evidence of their terror affiliations, such as showing them armed or in uniform. Yet Abdulrahim, never uses the word “terrorist” or even “terror” to describe the gunmen’s cold-blooded murder of Israeli civilians in Beersheva, Hadera, Bnei Brak and Tel Aviv. 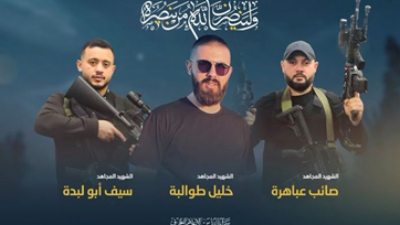 Three Palestinian Islamic Jihad terrorists killed during a gun battle with Israeli security forces in Jenin in April 2. According to police the three were members of a cell that had carried out attacks on Israeli forces, and had been planning to carry out another. Source: Twitter.

Portraits of the three Palestinian Islamic Jihad terrorists intercepted by Israeli forces on April 2 en route to an attack appeared on Twitter, and a tribute also appeared in the Iranian press. The photo above appeared in a tweet under the title, “It is destined for my people to bleed for the nation to live.”

One of the men left a handwritten will in the car in which he was killed, signed in the name of Palestinian Islamic Jihad, in which he encouraged his colleagues to continue their attacks.

Shadi Najm (left) and Abdullah al-Hosary were killed in clashes with the IDF in the town of Burqin near Jenin. Al-Hosary was buried in PIJ shrouds. Source: Social media. 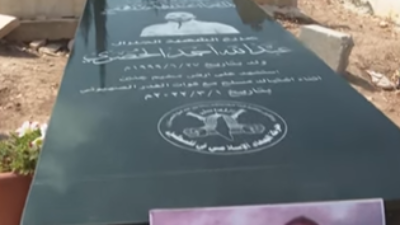 The graves of Palestinian terrorists, such as this one in Jenin, attest to the terror affiliations of the deceased. Source: Screenshot.

Another of the Palestinian casualties, Maha Kathem Awad Zaatari, 24, attempted to stab a soldier at the Tomb of the Patriarchs and Matriarchs in Hebron. She was shot and killed. 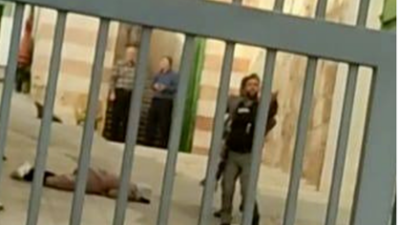 The aftermath of an attempted stabbing outside the Cave of the Patriarchs in Hebron. Source: screenshot.

Another Hebron resident was killed in the act of hurling a fire bomb, on April 1, 2022. Ahmed al-Atrash was eulogized on Palestinian social media as the “Molotov hero” and his mourning notice was published by Hamas.

Mohammad Ali Ghneim, a 21-year-old from al-Khader, a town near Bethlehem, was shot during riots on April 10. He was affiliated with Fatah, received a Fatah obituary notice and was buried with military honors. 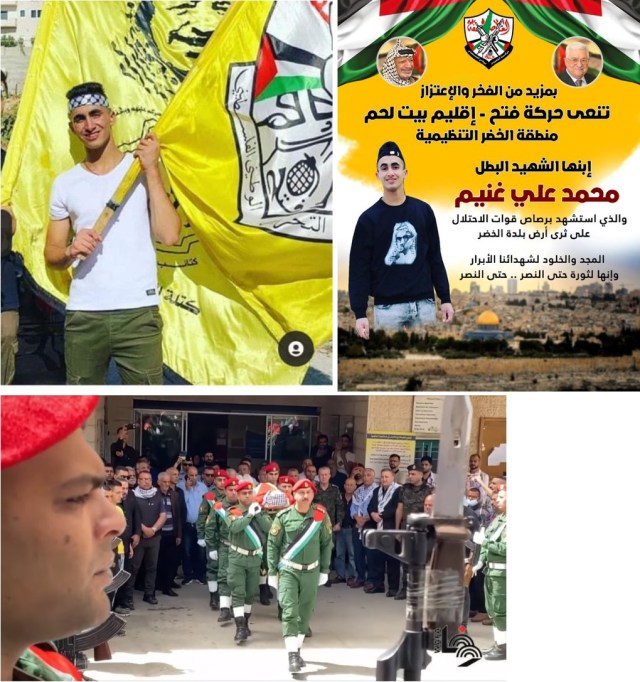 Abdulrahim’s long article includes a photo of a “martyrs’ wall” in Jenin, taken by New York Times photographer Samar Hazboun. The caption of the photograph is disturbing. It claims that some of the images on the wall are of fighters and “some are civilians.” But not one civilian can be found on the wall. All 14 poster obituaries show the dead men holding weapons, displaying affiliation with various terrorist organizations, or standing in Jerusalem to “defend” the Al-Aqsa mosque. (Ironically, all of the pictures of the “mosque” show the more picturesque Dome of the Rock, which is not a mosque but rather a shrine.)

Correspondent Raja Abdulrahim interviewed several Jenin residents who work at the Freedom Theater. What is the significance of the theater? One of its most famous sponsors was Zakaria Zubeidi, an infamous terrorist who headed the Al-Aqsa Martyrs’ Brigade and was responsible for multiple bombing and shooting attacks against Israeli civilians. He was arrested in February 2019 and was one of six convicted terrorists who escaped from Gilboa Prison in September. He was recaptured five days later. 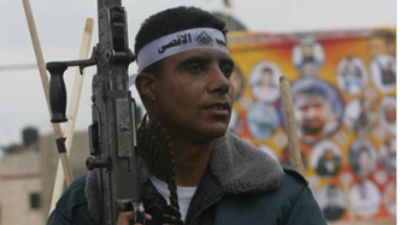 The correspondent found the theater so fascinating that she quoted several workers there, including the manager and an accountant.

In conclusion, while it has hired a new correspondent to cover Palestinian affairs, if her latest article is any indication, the Times will continue to pump out the same old anti-Israel narrative.

Lenny Ben-David served 25 years in senior posts in AIPAC in Washington and Jerusalem. In 1997, he was appointed as Israel’s deputy chief of mission in the embassy in Washington, D.C., where he served until 2000 under three ambassadors and two prime ministers. He is the author of the book “American Interests in the Holy Land Revealed in Early Photographs” and editor of “The Gaza War 2021: Hamas and Iran Attack Israel.”