(February 15, 2021 / JNS) One of the staples of the Los Angeles entertainment world in the last few decades has been stories that depict the unfairness and cruelty of the Hollywood blacklist of the 1950s. At the height of the Cold War, many with left-wing political convictions were driven out of the entertainment industry because of their beliefs. It was the original “cancel culture” fueled by whisper campaigns that were something like the way social media works today, though with far less speed and efficiency.

Some victims of this purge were wrongly hauled in front of Congress to be asked if they were Communists. Those who refused to answer were prosecuted, despite citing their constitutional rights. Many others were also prevented from getting work in the film or television industries for many years.

That era gets its name from the often inaccurate and demagogic accusations made by Sen. Joseph McCarthy (R-Wis.). Yet the people who fell afoul of these persecutions are now considered martyrs to injustice. Many of them were Jews. Indeed, some historians believe that anti-Semitism played a strong motivating role in the saga of the blacklist. Of the “Hollywood 10”—a group of screenwriters who all refused to testify about communism and were jailed, of whom the most famous was Dalton Trumbo, the protagonist of a recent film on this chapter of history—six were Jewish. Other Jewish entertainers like Zero Mostel, whose career was shelved for years before becoming a star in the 1960s after his starring role in the original stage production of “Fiddler on the Roof, also suffered. 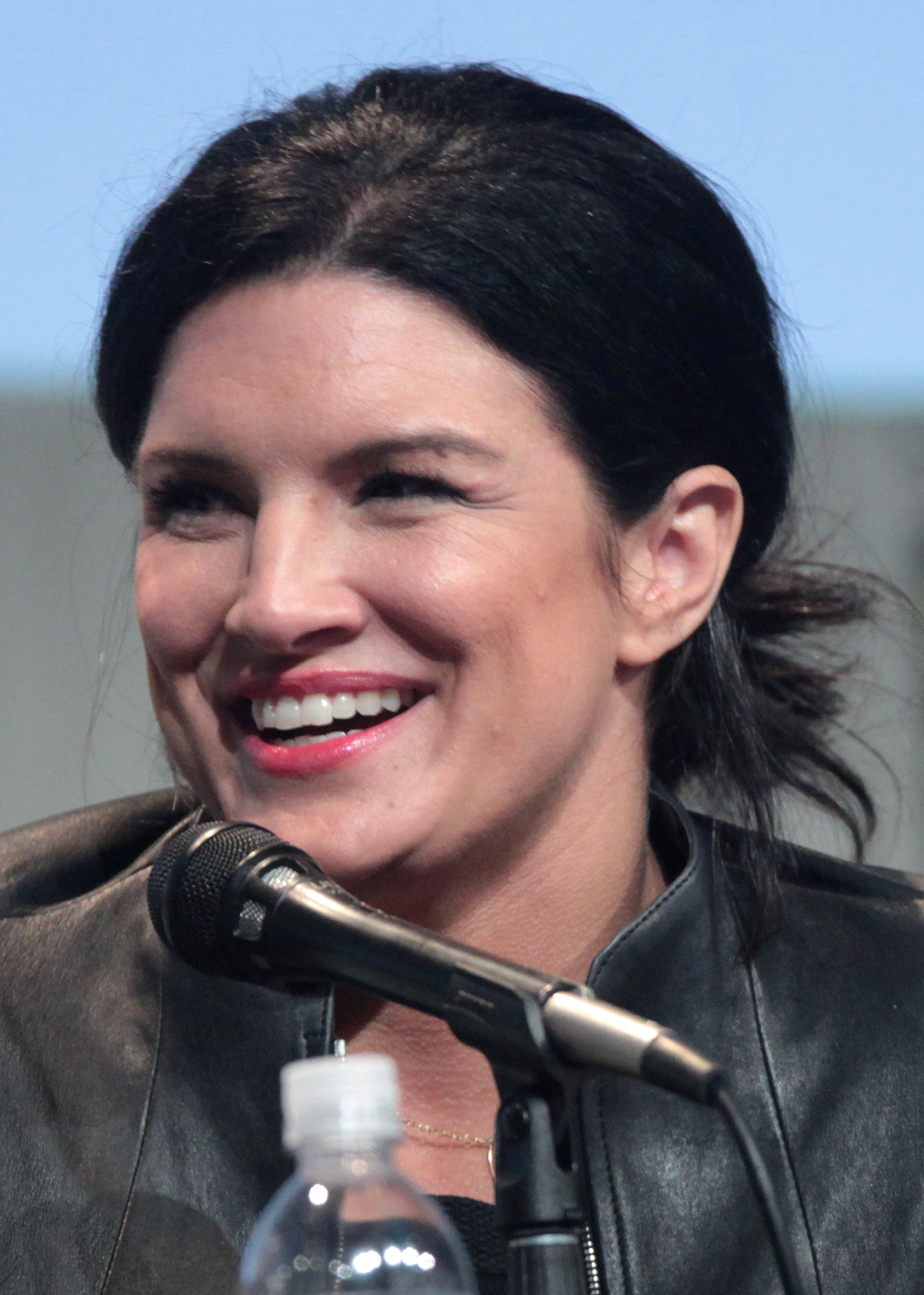 The moral of this story—drilled home in countless films and plays made since then—is that it was wrong to penalize people because of their political views. We’ve been taught that the right-wing Hollywood oligarchs who stifled the careers and ruined the lives of those targeted by the blacklist had violated the rights of their victims. Although the congressional bullies who were part of this tragedy operated a House Un-American Activities Committee, it was really they who were “un-American.” The heroes of the tale were people like actor/producer Kirk Douglas, who mustered the courage to break the blacklist by hiring Trumbo to write the script of “Spartacus,” and thus ending this shameful chapter of American history.

But it appears that the lesson that was supposed to be learned from this wasn’t what we thought it was. It wasn’t really about it being wrong to persecute people for their beliefs, especially those who were not part of a consensus, like left-wingers in the conservative Hollywood of the 1950s. From the perspective of 2021, it’s clear now that what was bad about it was that the victims came from one particular side of the political aisle, not the trashing of freedom of speech.

That’s the only conclusion to be drawn from recent events of which the most prominent was Lucasfilm’s firing of actress Gina Carano from her role in the hit show “The Mandalorian,” the “Star Wars” spinoff on the Disney+ platform. Of course, that isn’t the way the story has been reported in most mainstream media outlets, where her employers’ claim that she was “denigrating people based on their cultural and religious identities are abhorrent and unacceptable” has been accepted at face value.

In most accounts of the incident, Carano’s firing is being represented as a justified punishment of a woman who had gone off the deep end with hateful social-media posts, including one in which she compared the targeting of supporters of former President Donald Trump to the Holocaust. In the wake of her firing, the former mixed-martial-arts star was quickly ostracized, with the agency that represented her also dropping her. But if she was being “canceled,” it was, we’ve been told, her own fault since no decent company or person should wish to be associated with anyone who expounds hateful views or expresses them in a way that has been widely described as anti-Semitic. The viral Twitter mob that helped pressure the “Star Wars” franchise into firing her depicted itself as defending Jews.

There are a number of serious problems with what happened here—not the least of which was that while Carano’s invocation of the Holocaust was deeply inappropriate, it was clearly not anti-Semitic in nature. Nor were her other supposedly offensive posts in which she raised the possibility of voter fraud in the 2020 election, mocked the inclusion of pronouns in Twitter profiles and the wearing of face masks during the coronavirus pandemic.

More to the point, if everyone who made a wildly inappropriate Holocaust analogy were to be canceled, she would have plenty of company on the unemployment line. Indeed, her co-star Pedro Pascal had also used a Holocaust analogy in a social-media post in which he criticized the Trump administration’s policies at the border with Mexico (he actually compounded his offense by using a picture of Palestinian children rather than Mexican migrants).

Nor was Pascal alone in this respect. Just weeks ago, a video by former actor and California Gov. Arnold Schwarzenegger went viral after he compared the U.S. Capitol riot to Kristallnacht. During the presidential campaign, many Democrats, including President Joe Biden, made comparisons of Trump to Nazis. The National Jewish Democratic Council ran an ad during the election campaign comparing the Trump administration to the Nazis and found itself praised, rather than condemned, by prominent Jewish figures, including historian Deborah Lipstadt and former Anti-Defamation League head Abe Foxman, who normally condemn such hyperbole. Indeed, it might be easier to list those Jewish entertainment figures who didn’t compare Trump and the Republicans to the Nazis than those who did.

Carano’s real offense was not in invoking the Holocaust to condemn something that wasn’t remotely comparable to the murder of 6 million Jews or anti-Semitism. It was for expressing opinions that the Hollywood establishment and social-media mobs despise, which was what happened to the victims of the blacklist.

There are those who claim that this is nonsense. They are right when they say companies have the right to hire and fire at will, though that was as true in the ’50s as it is today. More importantly, they assert that the victims of the blacklist had good intentions even if many of them were naive about the Communists and the Soviet Union. By contrast, they assert that Carano’s beliefs are hateful, though whether this is simply about her support for Trump or genuine right-wing extremism is a question few of those who applauded her firing seem to care about.

This is partly a matter of historical amnesia and partly pure partisan hypocrisy.

Part of the generally accepted narrative about the blacklist is that its victims were innocent of doing anything worthy of criticism. They are depicted in most accounts as being high-minded liberals falsely accused of being Communists. But, like some of the other “martyrs” of McCarthyism such as Alger Hiss and Julius and Ethel Rosenberg, who were actually guilty of spying for the Soviets, many of the blacklist targets were indeed secret Communists. Some were even ardent Stalinists, who ignored, rationalized or apologized for the murderous purges that took the lives of millions, as well as Moscow’s open anti-Semitism that led to Jews being executed or imprisoned in the Gulag in incidents like the Doctor’s Plot.

The closer you look at the blacklist, the less appealing many of its victims appear. But that didn’t make their persecution any more defensible. The same principle applies to Carano and others being canceled these days.

As it happens, Carano is a beneficiary of something that didn’t exist in the 1950s: a formidable counter-culture media willing to attack the liberal sacred cows that are defended by the Internet and entertainment establishment that is today’s version of the Hollywood bosses who bowed to the blacklist. She’s signed up to do a movie project with conservative journalist Ben Shapiro and his Daily Wire website. But it is precisely the existence of media outlets that offer a different perspective on the issues of the day that is infuriating many of the same liberals who revere the memory of the blacklist victims. They’re all for freedom of speech, but also think it would be a good idea to bounce Fox News off the cable spectrum and applaud when people are forced out of their jobs at outlets like The New York Times for having the wrong opinions, which they label as “misinformation” that must be suppressed.

Outrage about the Capitol riot and Trump’s failings is understandable. But like the very real concerns about the threat of communism in the 1950s, none of it justifies the rise of cancel culture, and the willingness of Big Tech oligarchs and mainstream media companies to collude in silencing voices expressing opinions they don’t like. If you thought the blacklist was a threat to individual freedoms, then you should be equally outraged about what’s happening now to those on the other end of the political spectrum. If you aren’t, then it’s likely that you’re a partisan hypocrite as well as blind to the dangers that silencing dissent poses to everyone in a democracy.