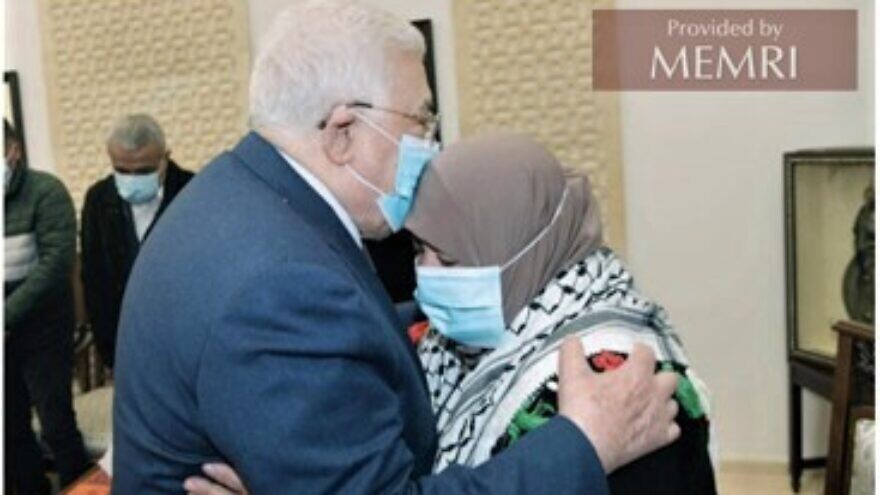 (January 26, 2022 / JNS) Latifa Abu Hmeid is the mother of six Fatah and Hamas terrorists involved in deadly attacks on Israelis, yet is treated by Fatah and Palestinian Authority officials with great respect.

On Jan. 12, he received Hmeid in his office in Ramallah. He spoke about her son Nasser—ignoring his involvement in the murder of Israelis but mentioning that he has cancer—and accused Israel of neglecting his health. He added that the issue of prisoners is a top priority for Palestinian leadership, which will “never give up their rights, despite all the pressures.”

At a Jan. 4 meeting of Fatah’s Revolutionary Council in Ramallah, Abbas praised the Hmeid family for its steadfastness and sacrifice, expressing hope that Nasser Abu Hmeid will make a full recovery and be released from prison.

According to the MEMRI report, the P.A. daily Al-Hayat Al-Jadida recently published several articles lauding Hmeid, calling her a “Palestinian national emblem” and a “heroine” who “nursed her sons on the milk of heroism, honor and pure nationalism until they became unparalleled knights on the path of resistance.”