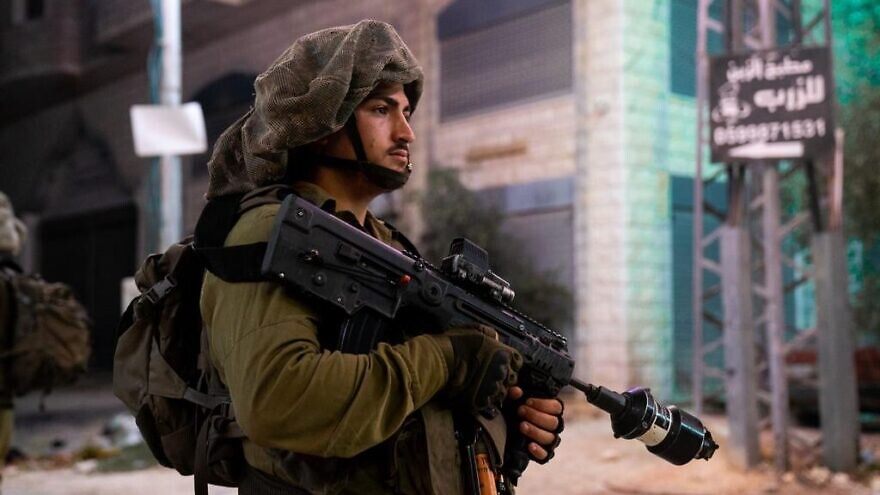 (September 8, 2022 / JNS) A Palestinian man was shot dead on Thursday morning near Ramallah after attacking an Israeli soldier with a hammer, according to the Israel Defense Forces.

The attack took place shortly after midnight in the Palestinian village of Beitin.

The soldier was conducting routine operations when he went to relieve himself near an abandoned military outpost, inside of which the assailant was hiding, Israeli media reported.

The Palestinian attacked the soldier and struck him in the head, lightly injuring him.

The soldier then opened fire on the assailant, killing him. The terrorist was also armed with a knife, according to the IDF.

The incident comes amid a wave of Palestinian terrorism in Judea and Samaria.

Israeli Defense Minister Benny Gantz said on Wednesday that the IDF would continue to operate in Palestinian Authority-controlled areas if the P.A. fails to maintain security there.

On Monday, IDF Chief of Staff Lt. Gen. Aviv Kochavi said that the P.A. was increasingly unable to rein in terror, a reality that was forcing Israel to intensify its own operations in Judea and Samaria.

Kochavi noted that since the launch of “Operation Breakwater” in March, some 1,500 wanted Palestinians have been apprehended so far, and hundreds of attacks prevented, he said.