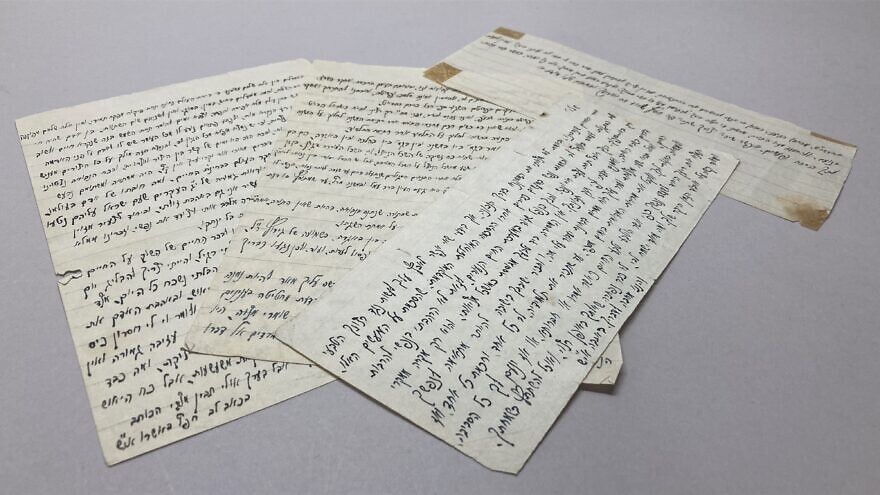 (October 14, 2021 / JNS) Fourteen letters penned in the 1940s by the legendary rabbi known as the “Hazon Ish” have been donated to the National Library of Israel in Jerusalem by the family of their recipient, Rabbi Zvi Yehuda, one of the rabbi’s students.

The “Hazon Ish” (Rabbi Avraham Yeshaya Karelitz, 1878-1953) is considered to be one of the most influential rabbis of the 20th century. The letters reveal a very personal side to the revered spiritual leader.

In one example relating to Yehuda’s decision to join the army and enroll in secular studies, Karelitz responded: “I am rich with love for others, particularly toward you, a young person armed with talents and with an understanding heart. … But when I saw the sudden change in you recently … I had to wait and process my great pain.”

Born in what is now Belarus, in 1933 Karelitz moved to what was then British Mandatory Palestine with the help of Rabbi Abraham Isaac Kook, the first Ashkenazic chief rabbi there and a formative figure in the modern religious Zionist movement. 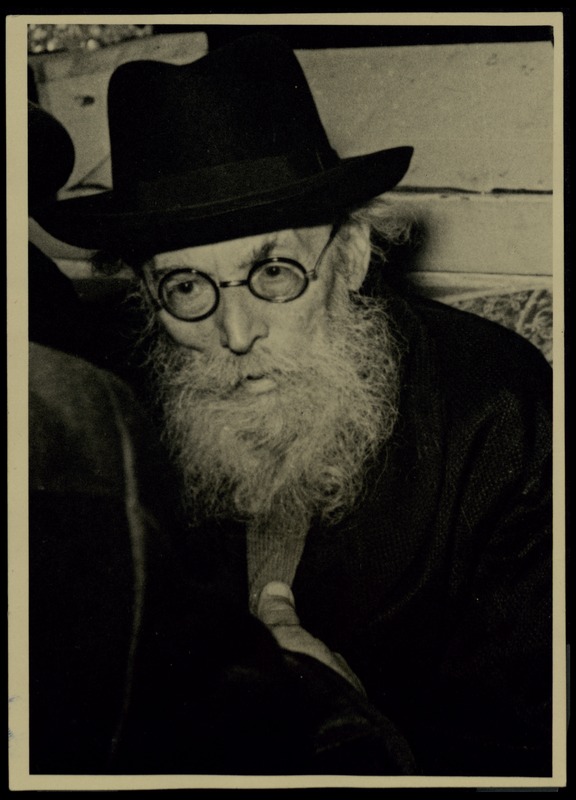 The “Hazon Ish,” Rabbi Avraham Yeshaya Karelitz (1878-1953). Credit: From the Abraham Schwadron Portrait Collection at the National Library of Israel.

Countless visitors flocked to Karelitz’s humble home in Bnei Brak during the last two decades of his life, from simple devout Jews to the leaders of the secular Zionist movement, including Israeli founding father and first prime minister David Ben-Gurion, despite the fact that Karelitz was an opponent of Zionism.

A teacher and expert in Jewish law (halakhist), he left an enduring mark on ultra-Orthodox Jewish thought and culture.

The letters have been donated to the National Library by Yehuda’s widow, Hassia, and their children: Rachel Yehuda, Talli Yehuda Rosenbaum and Gil Yehuda.

A free online event celebrating the arrival of the collection will be held on Oct. 17 at 8 p.m. Israel time/1 p.m. Eastern Standard Time, moderated by Rabbi Zvi Yehuda’s daughter, Professor Rachel Yehuda, vice chair of psychiatry at the Mount Sinai School of Medicine.