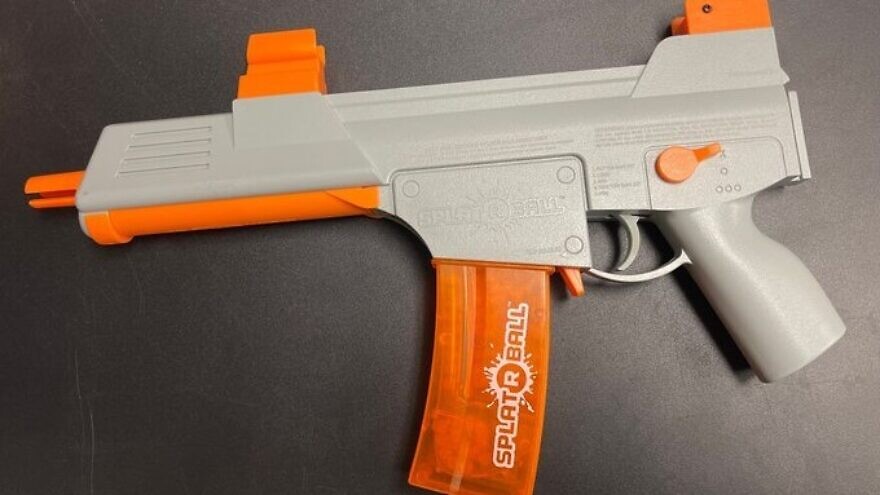 (August 1, 2022 / JNS) Police in the Town of Ramapo, N.Y., which includes the heavily haredi area of Monsey in Rockland County, have arrested a teen who shot a gel pellet at a Jewish man on Sunday morning.

On Twitter, the Ramapo Police Department stated that the victim was “shot in the face with a gel gun. With some info provided by Chaverim Rockland, we developed leads resulting in the arrest of a juvenile for felony assault, reckless endangerment and weapon possession.”

Chaverim of Rockland is a volunteer Jewish emergency-services group in the Orthodox community. Similar groups can be found im other haredi neighborhoods.

It is the second weekend in a row that someone has attacked Jews in the area. Last week, Ramapo police arrested four individuals ranging in age from 17 to 19 for a series of attacks that took place overnight on July 23-24.

Following the announcement of an arrest in that first case, Police Chief Marty Reilly tweeted that “no one should have to fear being victimized while pushing their baby in a stroller, on any street in Ramapo.”