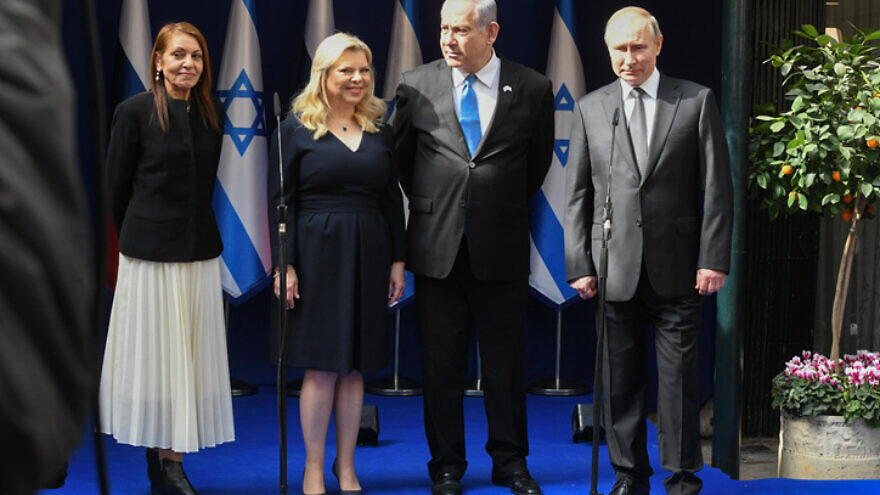 (January 23, 2020 / JNS) Russian President Vladimir Putin on Thursday assured the mother of Naama Issachar, an Israeli-American woman imprisoned in Russia whose family has been anxious to secure her release, that “everything will be fine.”

At a press conference in Jerusalem shortly after a meeting at the Prime Minister’s Residence with Israeli Prime Minister Benjamin Netanyahu to which Naama’s mother Yaffa Issachar was also invited, Putin said, “I have met Naama’s mother. It’s clear to me that she is from a very good, honorable family. I know the position of the prime minister, who is asking me to make an appropriate decision. All this will certainly be taken into account when the final decision is made.”

The Russian president added that Issachar “is very worried, I can see that. I told her and I want to repeat it again: Everything will be fine.”

Naama Issachar, 27, was arrested by Russian authorities in April after a small amount of cannabis was found in her luggage during a layover in Moscow, and was sentenced to seven and a half years in prison for drug trafficking.

It is widely believed that Issachar’s heavy sentence may have been designed to pressure Israel into not extraditing a known Russian cyber-criminal to the United States.

Putin is in Israel to attend the Fifth World Holocaust Forum. More than 40 other world leaders are also in Israel this week for the event, which commemorates the 75th anniversary of the liberation of the Auschwitz-Birkenau concentration camp, are U.S. Vice President Mike Pence, Prince Charles of Great Britain, King Felipe VI of Spain, German President Frank-Walter Steinmeier and French President Emmanuel Macron.