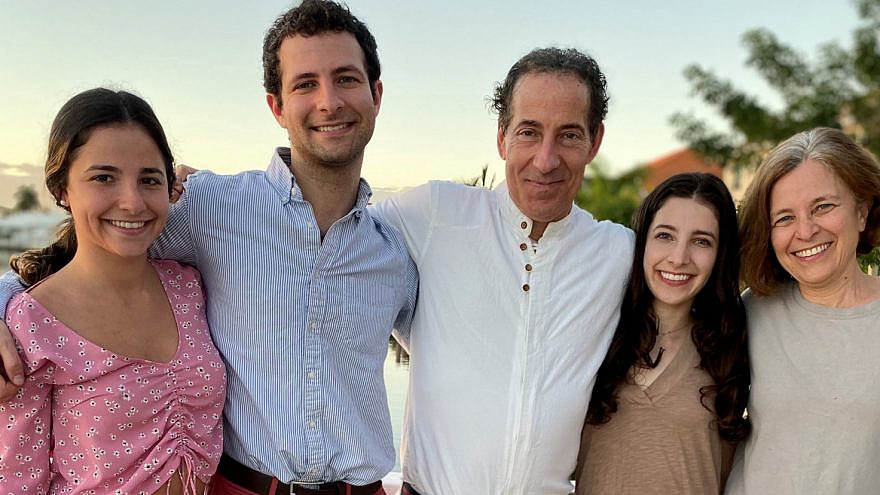 In a post on the blogging site Medium, the couple wrote a heartfelt tribute to their only son, Thomas, who grappled with chronic depression.

The Raskins wrote that their son, a Harvard Law student, at age 12 wrote “a detailed brief to his mother explaining why he should not have to do a bar mitzvah and citing due process liberty interests (appeal rejected).” The bar mitzvah was held at Temple Sinai, a Reform congregation in Washington, D.C.

The tribute mentioned that Tommy, as he was called, taught Hebrew school at Temple Emmanuel, a Reform congregation in Maryland, for two years, “often substituting his social-struggle analysis of the Exodus story for teachings on the Hebrew alphabet.”

Towards the end of the statement, the congressman and his wife wrote:

Tommy Raskin had a perfect heart, a perfect soul, a riotously outrageous and relentless sense of humor, and a dazzling radiant mind. He began to be tortured later in his 20s by a blindingly painful and merciless ‘disease called depression,’ as [his sister] Tabitha put it on Facebook over the weekend, a kind of relentless torture in the brain for him, and despite very fine doctors and a loving family and friendship network of hundreds who adored him beyond words and whom he adored too, the pain became overwhelming and unyielding and unbearable at last for our dear boy, this young man of surpassing promise to our broken world.

On the last hellish brutal day of that godawful miserable year of 2020, when hundreds of thousands of Americans and millions of people all over the world died alone in bed in the darkness from an invisible killer disease ravaging their bodies and minds, we also lost our dear, dear, beloved son, Hannah and Tabitha’s beloved irreplaceable brother, a radiant light in this broken world.

In conclusion, they wrote, “He left us this farewell note on New Year’s Eve day: ‘Please forgive me. My illness won today. Please look after each other, the animals, and the global poor for me. All my love, Tommy.’”

Thomas Raskin is survived by his parents and sisters, Hannah and Tabitha.