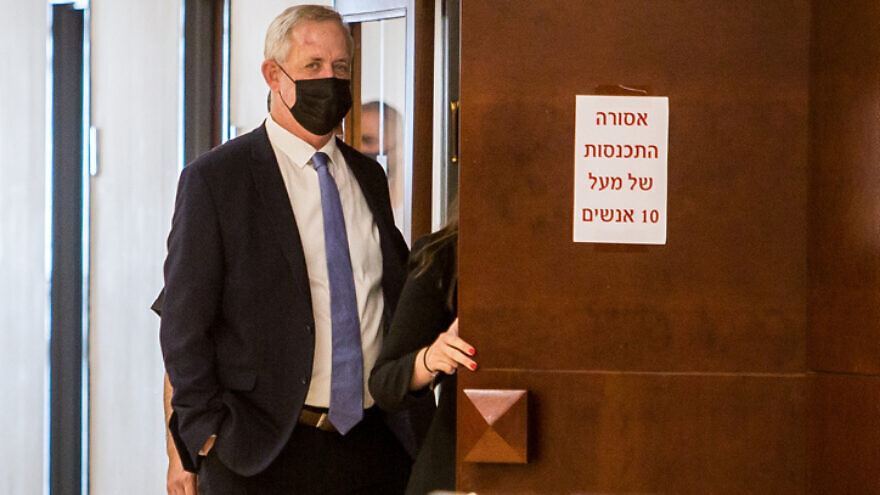 Gantz’s whirlwind, 10-hour visit will involve two meetings, one of them with U.S. Defense Secretary Mark Esper at the Pentagon, with whom he will discuss intelligence surrounding and developments regarding Iran, Channel 12 reported.

The urgency of the meeting stems from the expiration this week of the 13-year U.N. arms embargo on Iran, which is already beginning to make arms deals with North Korea. Israel wants the U.S. administration to stop that from happening, according to the report.

Another item on the agenda is the defense compensation package for the future American agreement to sell F-35 fighter jets to the United Arab Emirates while maintaining Israel’s Qualitative Military Edge.

Before boarding his flight from Tel Aviv, Gantz said, “I’m embarking on a short security mission in the United States, where I will meet with U.S. Defense Secretary Mark Esper. We will discuss very important issues relating to Israel’s security in the coming years.”

“We must remember that, alongside the battle against the coronavirus, our enemies don’t rest for a minute,” he added.

Pointing to the Israeli military’s announcement that it had uncovered an infiltration tunnel running from Gaza into Israel, the defense minister added, “We saw what happened [on Tuesday] with the tunnel in the south, and we are aware of the challenges in all arenas.”