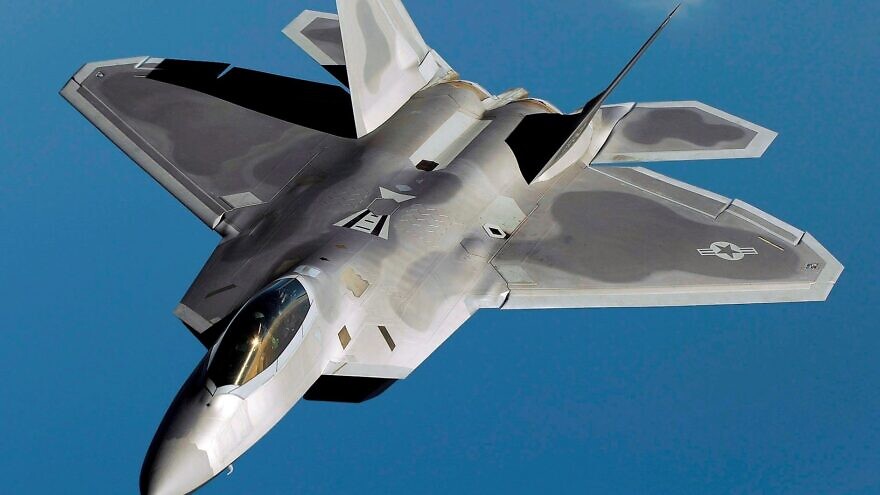 (November 6, 2020 / JNS) The Trump administration has reportedly approved the sale of F-22 stealth fighters to the Jewish state, according to an article last week in the London-based Asharq Al-Awsat newspaper, citing senior sources in Israel.

The report said that U.S. Defense Secretary Mark Esper told Israeli officials during a visit to Israel last week that U.S. President Donald Trump green-lighted the sale of the F-22 Raptor and precision-guided bombs to Israel.

Such a sale would require U.S. congressional approval, but not before passing and enacting legislation to overturn a 1998 law that prohibits the United States from exporting the F-22. The law came into place due to concerns that what is one of the world’s most advanced fighter jets could fall into the hands of China and Russia if they were sold abroad, including to Israel.

Israel has in the past unsuccessfully requested F-22s from the United States.

The pending sale would seek to address concerns about the United States ensuring Israel’s Qualitative Military Edge (QME), which is required by U.S. law, as the United States is expected to give F-35 fighter jets to the United Arab Emirates after the UAE, along with Bahrain, normalized relations with Israel in September.

Israel initially objected to the sale, citing the possibility it could undermine Israel’s QME, but eventually approved of the move after receiving assurances from the Trump administration that the move wouldn’t hurt that advantage.