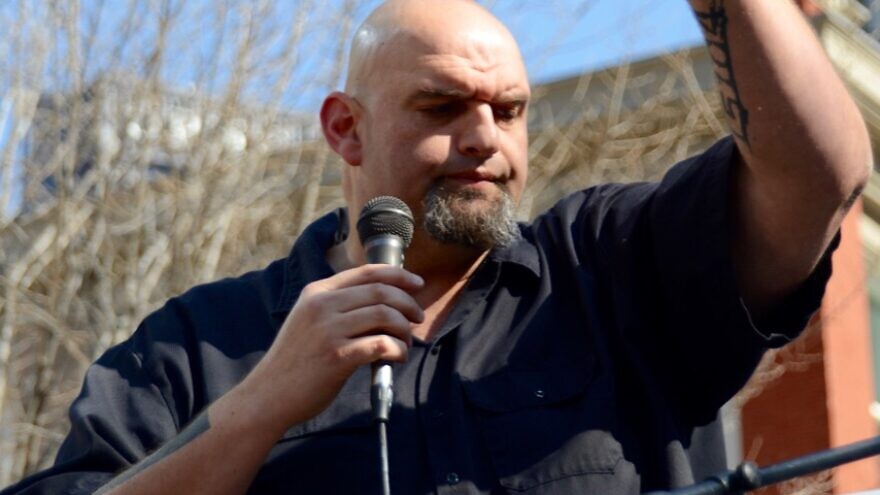 (October 6, 2022 / JNS) The Republican Jewish Coalition (RJC) announced a $1.5 million TV ad buy in Philadelphia and Pittsburgh, putting a spotlight on the incident when the Democratic nominee for the state’s U.S. Senate seat, John Fetterman, chased an unarmed, innocent black man with a shotgun in 2013.

At the time, Fetterman was mayor of the borough of Braddock, Pa. Having heard a sound that he thought was gunfire, Fetterman followed and detained an unarmed black jogger. The shots turned out to be kids shooting bottle rockets.

The two 30-second videos from the RJC began with a looped segment showing a bearded Fetterman being interviewed by local media and saying, “I may have broken the law.” The clip of Fetterman is followed by African-Americans expressing outrage at Fetterman’s actions and lack of remorse.

“Let’s not forget what happened that day: John Fetterman, armed with a shotgun, chased down a Black jogger and wrongfully held him against his will at gunpoint,” Brooks said. “This horrifying ordeal is eerily reminiscent of what tragically happened to Ahmaud Arbery—the only difference being that those in the pickup truck in Georgia shot and killed Mr. Arbery. Thankfully, John Fetterman did not pull the trigger. At the time, John Fetterman himself said that he may have broken the law.”

Fetterman, the state’s lieutenant governor, is locked in a tight race for the Senate seat being vacated by Sen. Pat Toomey (R-Pa.), who decided not to seek re-election.

The candidates have been locked in a competitive race, with Fetterman leading slightly in the polls, according to Real Clear Politics.