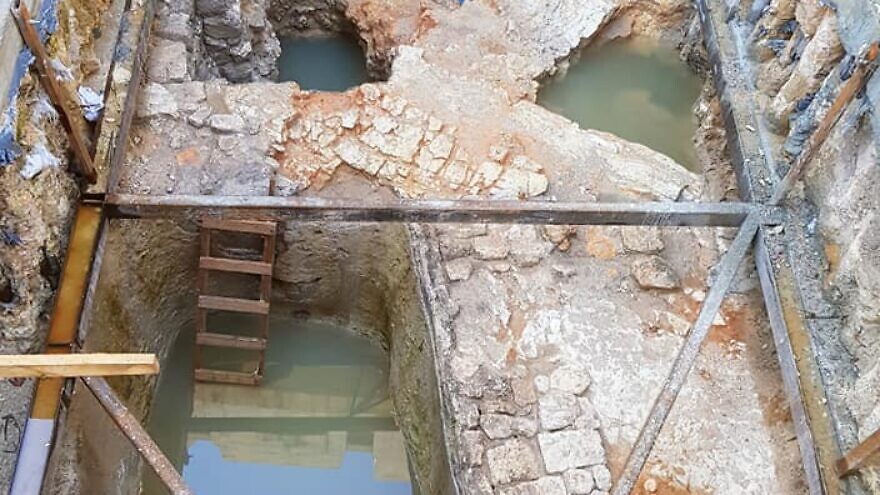 (July 20, 2022 / JNS) The Hebrew University of Jerusalem announced on Wednesday that it had unearthed an ancient Jewish ritual bath (mikveh) dating back to the Late Second Temple period, or the first century C.E.

The ritual bath was found inside a private village, the University’s statement said, “hewn into the bedrock and featuring a vaulted ceiling with fine masonry typical of the Herodian period.”

The bath is located on top of a cliff in the “Upper City”—a phrase coined by historian Josephus Flavius to describe the area of Herod’s City which housed Jerusalem’s elites, according to the statement.

“A plastered water cistern was uncovered near the same villa.  It had been in use until the destruction of the Second Temple by Rome in 70 C.E., and held the remains of nearly 40 cooking pots, some still intact,” it added. 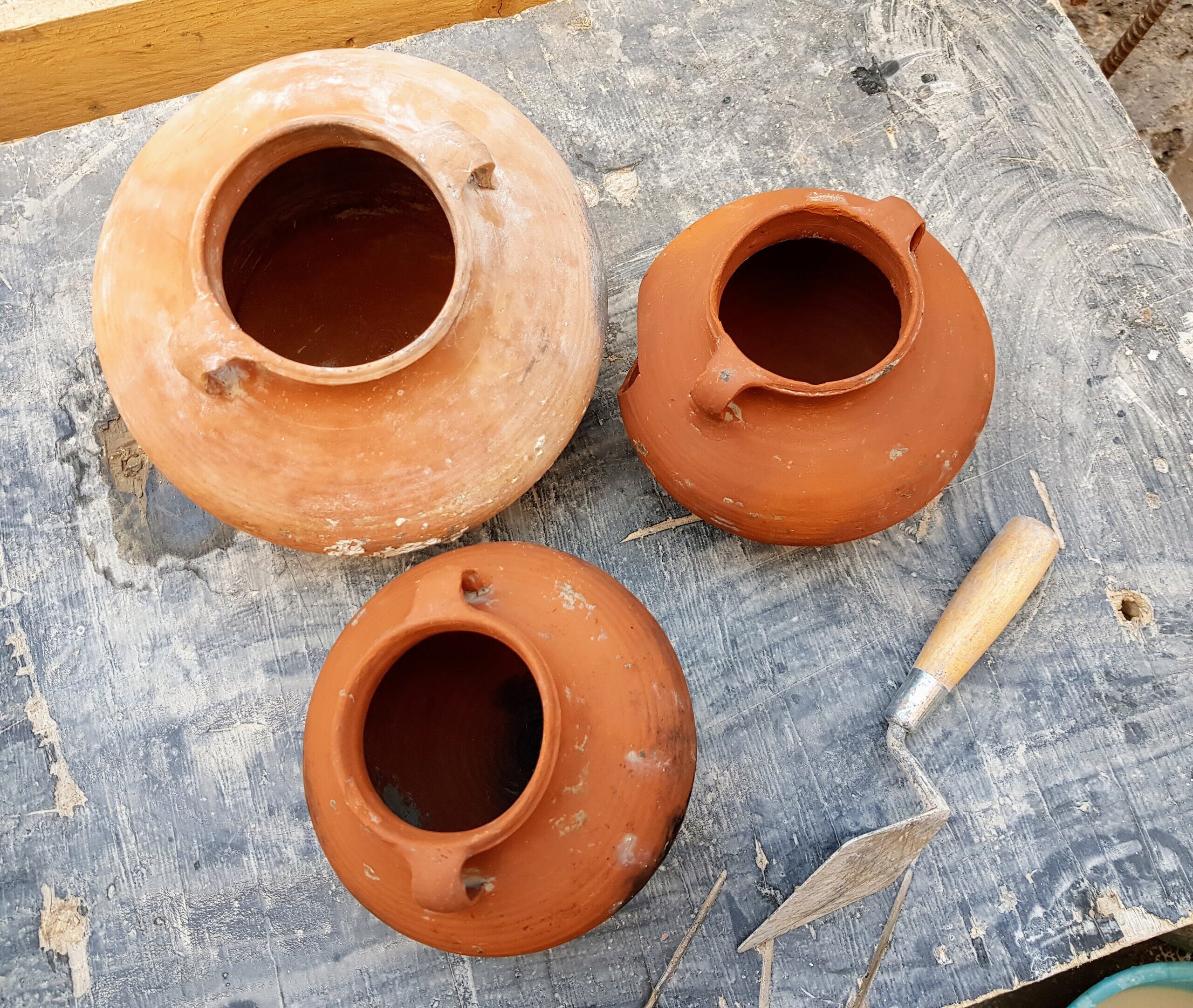 The excavation, which began in February 2021, is also funded by Israel’s Jerusalem Affairs Ministry and the William Davidson Foundation.

Other finds in the area include an industrial pool built by soldiers of Rome’s Tenth Legion who were stationed in Jerusalem after the establishment of the Roman colony of “Aelia Capitolina” in 130 C.E., according to the university.

The pool lies on top of the remains of an earlier Roman oven, also installed by soldiers of the Legion. “The bottom contains a layer of tile bricks, one of which was stamped with the letters ‘LXF,’ alluding to ‘Legio X Fretensis,’ the full name of the Tenth Legion,” it stated.