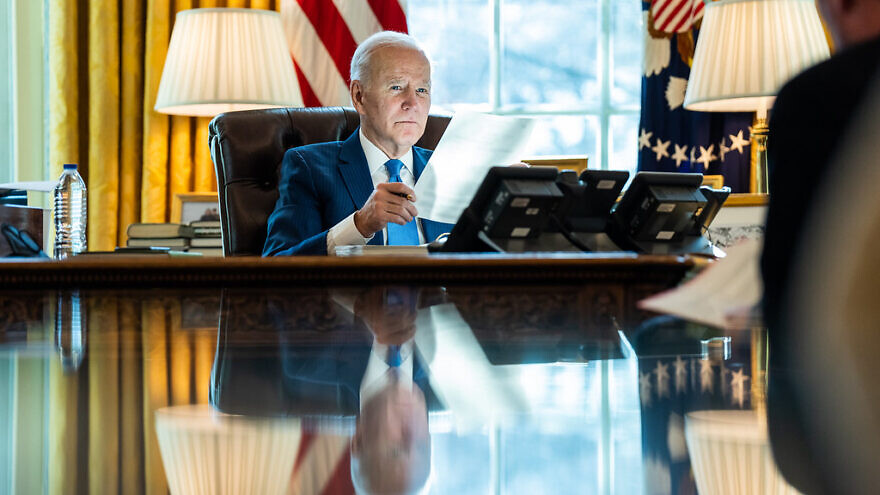 (November 2, 2022 / JNS) Saudi Arabia has shared intelligence with the United States indicating that Iran is planning an “imminent” attack on the kingdom, the Associated Press reported on Tuesday.

The U.S. National Security Council said in a statement on Tuesday that the United States was “concerned about the threat picture” and was in “constant contact” with the Saudis via military and intelligence channels.

“We will not hesitate to act in the defense of our interests and partners in the region,” the statement added.

According to the report, which cited three U.S. officials, the heightened concern in Washington comes as the Biden administration is stepping up its criticism of Tehran over its ongoing deadly crackdown on nationwide protests, and for supplying arms, in particular kamikaze drones, to Russia for use in its war in Ukraine.

The U.S. last month expressed “grave concerns about Russia’s acquisition of these UAVs from Iran in violation of U.N. Security Council resolution 2231,” which formally endorsed the 2015 Joint Comprehensive Plan of Action, commonly known as the Iran nuclear deal.

There was now “abundant evidence” that the drones are being used against Ukrainian civilians and critical civilian infrastructure, State Department spokesman Ned Price said at the time.