(May 6, 2022 / JNS) During a series of late-night votes on Wednesday, the U.S. Senate passed a non-binding measure that would oppose re-entering the Joint Comprehensive Plan of Action (JCPOA) that does not deal with other belligerent actions of Iran beyond its nuclear program.

The Motion to Instruct (MTI), which provides instruction to appointed conferees for the United States Innovation and Competition Act, was put on the floor by Sen. James Lankford (R-Okla.) and passed by a vote of 62-33, with the support of 16 Democrats joining the Republicans in what is seen as a repudiation of the Biden administration’s reported concessions to Iran in its attempt to revive the 2015 nuclear deal.

Lankford’s MTI states that Congress would support the JCPOA only if it includes provisions to address Iran’s ballistic-missile program; support for terrorism; and evasion of sanctions by individuals, entities and vessels in the trade of petroleum products with China.

The deal would also be required not to lift sanctions on the Islamic Revolutionary Guard Corps (IRGC) and does not revoke the IRGC’s designation as a Foreign Terrorist Organization, which the administration reportedly considered.

Introducing the measure, Lankford said that the bill, which is aimed at bolstering the American technology industry in the face of Chinese dominance, did nothing to address China purchasing and stockpiling oil from Iran. Increased Chinese procurement of Iranian oil, he said, corresponds with spikes in terrorist activities by Iran and its proxies in the Middle East.

“Iran is laundering these petroleum products and illicitly transferring the oil at sea to Iranian tankers in foreign-flagged vessels. Three-quarters of this oil is ultimately exported to China which purchased 310 million barrels of oil from Iran last year. All this is happening while Iran is actually negotiating directly with Iran on our behalf in Vienna,” said Lankford.

Sen. Chris Murphy (D-Conn.) spoke to oppose the motion, saying that if passed, the Senate would be endorsing what he believes to be former President Donald Trump’s failed policy on Iran while the Islamic Republic continues to move closer to a nuclear weapon because the deal is not currently in place.

“The motion calls for a provision in the underlying bill to prohibit a return to the JCPOA and to keep Trump’s ‘maximum pressure’ campaign intact until a mythical comprehensive agreement is achieved with Iran, inclusive of all their malevolent behavior,” he said. “This policy just hasn’t worked. To apply it prospectively would be ruinous.”

“To deny this administration the ability to enter into a nuclear agreement isn’t just folly; it is downright dangerous,” added Murphy. 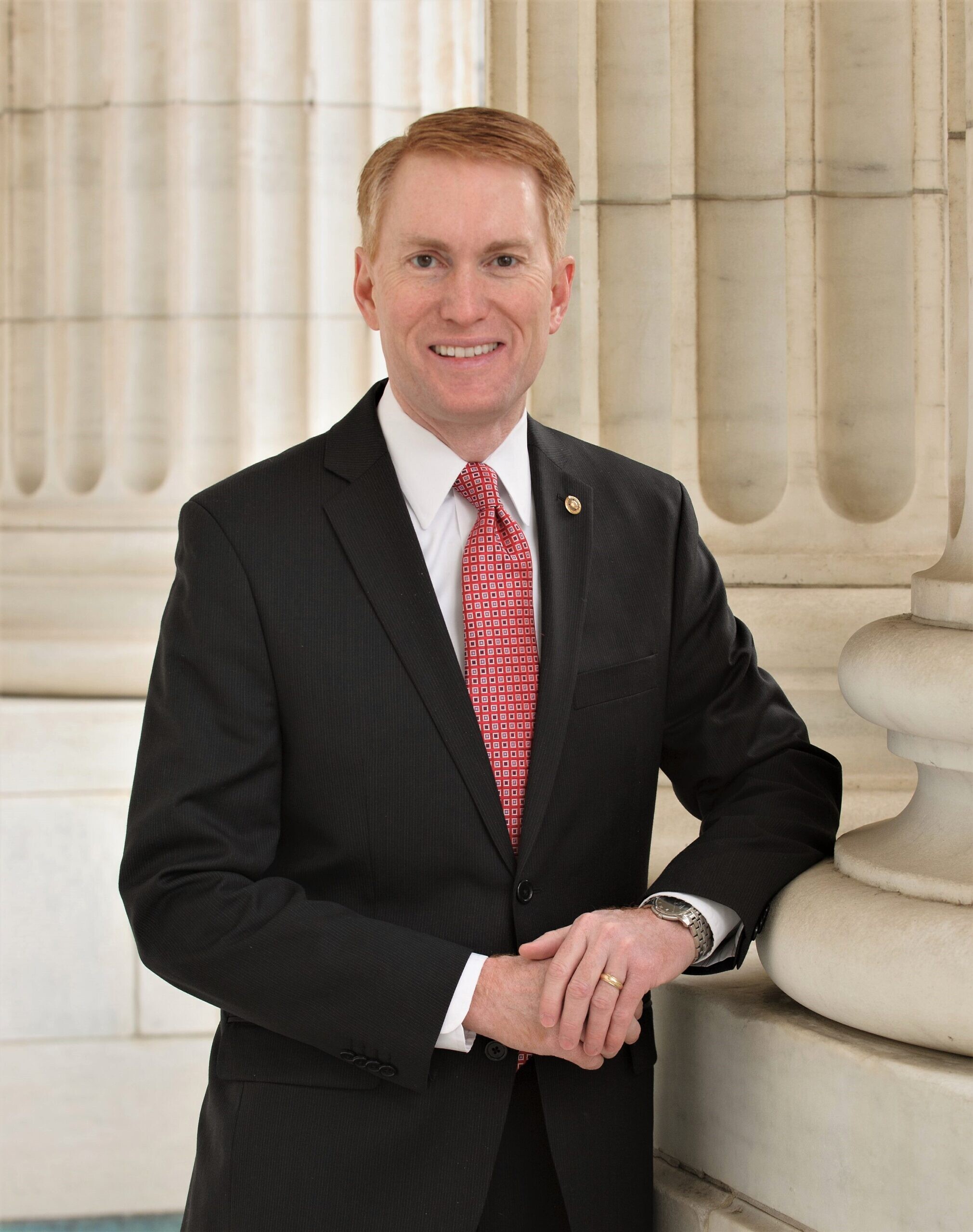 Coons, who has been a strong supporter of the administration’s efforts to re-enter the JCPOA, explained his vote for the motion in a news release following the vote.

He pointed out that the motion was non-binding and that he voted for it because he wanted to encourage the Biden administration’s negotiators to push “for the strongest possible deal that addresses Iran’s nuclear-weapons program and many other malign activities.”

“My vote on this provision does not undermine my continuing support for the administration’s efforts to negotiate an agreement, and I maintain an open mind towards any potential outcomes from negotiations in Vienna,” he wrote.

According to a news release from Lankford, his motion was supported by the America First Policy Institute, Christians United for Israel and the Heritage Foundation.

Sarah N. Stern, founder and president of the Endowment for Middle East Truth (EMET), expressed gratitude to Lankford and the motion’s supporters in a news release on Thursday.

“We know that if you look at every major terrorist activity throughout the globe, including attacks on U.S. bases in Iraq, attacks on Saudi oil fields, Hezbollah in Southern Lebanon, Hamas in the Gaza Strip and from Iran, the IRGC is behind them,” she wrote. “Since 2015, when the initial JCPOA was signed and $150 billion in frozen assets was released to the Iranians, we have seen no curb in their terrorist activity throughout the globe. Why would we want to lift sanctions that would only enable, enrich and empower the IRGC and their various terror offshoots, and not go to the good people of Iran—two-thirds of whom were born after the Islamic Revolution in 1979, and who resent and despise the dictatorship under which they are forced to live? A deal such as this one would only cement the power of this brutal regime for generations to come.”

‘Pulling every lever we can to take on the threat’

On Thursday, U.S. State Department spokesman Ned Price was asked about what the administration thought about the motion.

Price said the administration shared the Senate’s concern about Iran’s ballistic-missile program and support of terrorism through the IRGC, and that over the past year, the administration has actually increased sanctions on the military entity.

“There is nothing in a potential return to the JCPOA that would in any way diminish our resolve or our ability to continue combating these aspects of Iran’s policies in the region. If this math is still correct, of the 107 sanctions that we have applied on Iran since January 20th of 2021, 86 of those … have been on the IRGC. We are committed to doing all we can, pulling every lever we can to take on the threat, together with our partners, from the IRGC,” said Price.

“Having said that, we know that all of these problems are even more intractable, even more challenging,” he continued, if Iran is in a position “to have a nuclear program that is unconstrained. That is why we have always been of the mindset that the decision to withdraw from an agreement that was demonstrably working to prevent Iran from obtaining a nuclear weapon has comprehensively failed to protect our national security interests and, in fact, has actually resulted in the opposite. It has resulted in an Iran that is more aggressive, that is more destabilizing, and its proxies could be called the same.”