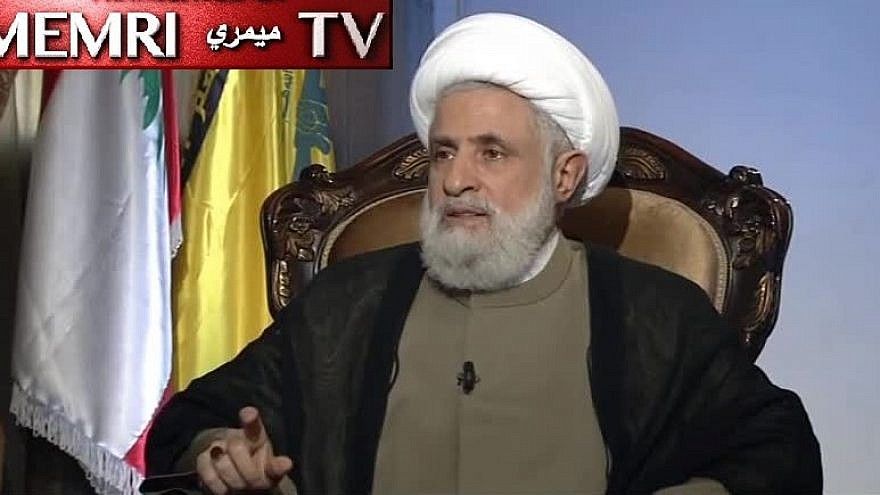 (May 24, 2021 / JNS) Hezbollah’s deputy secretary-general Naim Qassem said Palestinian operatives have undergone training by members of the “axis of resistance” to help them produce weapons, according to the Middle East Media Research Institute’s Jihad and Terrorism Threat Monitor (MEMRI-JTTM).

Qassem gave the interview with the Hezbollah-owned Al-Nour radio station in Beirut to mark the 21st anniversary of Israel’s withdrawal from Lebanon in addition to the ceasefire between Israel and Palestinian factions in the Gaza Strip that went into effect on May 21.

He asserted, according to the report, that “the smuggling of the rockets into Palestine continues at full force.”

“There are important Palestinian brains which are helping in the creation and establishment of the capabilities. They have trained and been in contact with the axis of resistance,” he said. “The support will not cease, but will only increase.”

Qassem also said that his organization was responsible for “most” of the demonstrations and protests that took place on the Lebanon-Israel border during the last round of fighting, and that the Lebanese citizen who was killed by Israel Defense Forces’ fire during the protests was a member of Hezbollah.

He stressed that his organization rejects the idea of a two-state solution, saying the only end to the conflict is for Jews to leave—for “the Zionists” to return to the countries they came from.