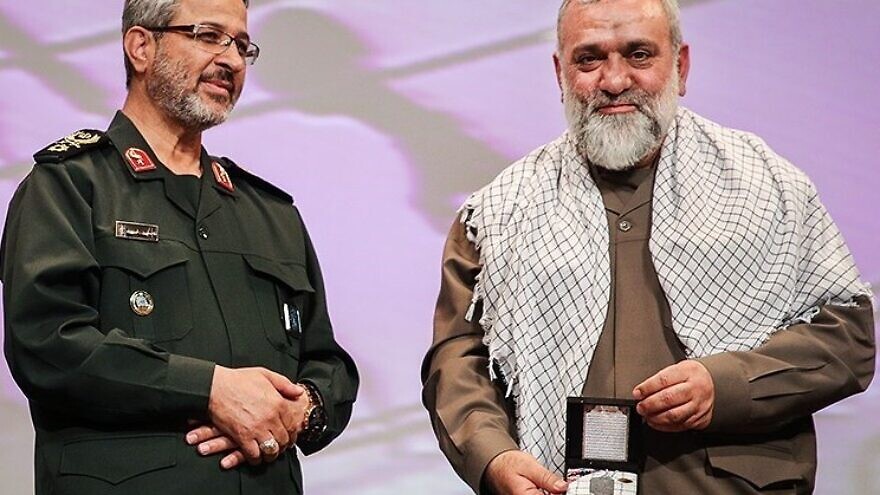 In a series of segments that aired on Iran’s Channel 3 between Sept. 22 and Oct. 8, Naqdi said that the United States was “rotten and crumbling,” and threatened to “turn Tel Aviv and Haifa” into dust in response to any Israeli aggression.

He went on to state that all claims of Iranian advisers being killed in Syria were “lies and propaganda,” and that not all Quds Force members are Iranian nationals. Iran, he said, has a “popular army” of non-state supporters around the world, which he said was more valuable than national allies as they can operate undetected.

Naqi also discussed the 2015 Joint Comprehensive Plan of Action, the position of women in the IRGC and the Basij militia, and a suggestion he had made for the creation of a computer game in which Basij forces liberated George Floyd from U.S. police.

Floyd’s death on May 25 at the hands of U.S. police officers in Minneapolis sparked mass protests against police brutality.