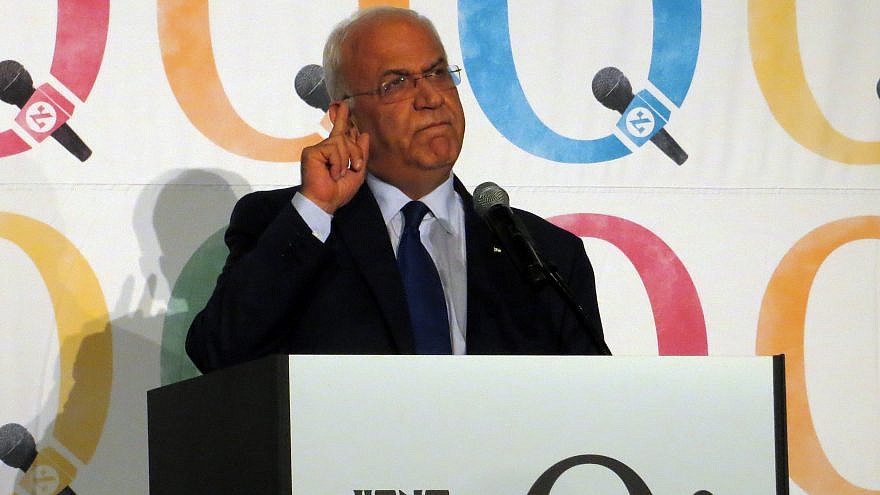 (January 26, 2020 / JNS) Senior PLO official Saeb Erekat on Saturday strongly criticized the U.S. administration’s Middle East peace plan, dubbed the “deal of the century,” which is set to be revealed on Tuesday.

Any deal or initiative that denies that Israel is an “occupying force,” said Erekat, will go down in history as “the fraud of the century.”

“Reminder to the International Community: Israel is an Occupying Power of the State of Palestine on the 1967 borders (East Jerusalem, West Bank and Gaza Strip). Any deal, attempt or dictation that ignores this fact, will be recorded in history as the fraud of the century,” he posted on Twitter.

U.S. President Donald Trump announced on Thursday that his administration will unveil its long-awaited peace plan on Tuesday ahead of the arrival of Israeli Prime Minister Benjamin Netanyahu and Blue and White Party leader Benny Gantz in Washington.

In response to the P.A.’s dismissal, Trump’s former special envoy to the Middle East Jason Greenblatt tweeted: “So very typical, rejecting something you haven’t seen, unwilling to act rationally/professionally, unrealistic demands that won’t happen, never thinking about Pals and improving lives. What a shame you act in this unprofessional way. Palestinians deserve SO much better!”