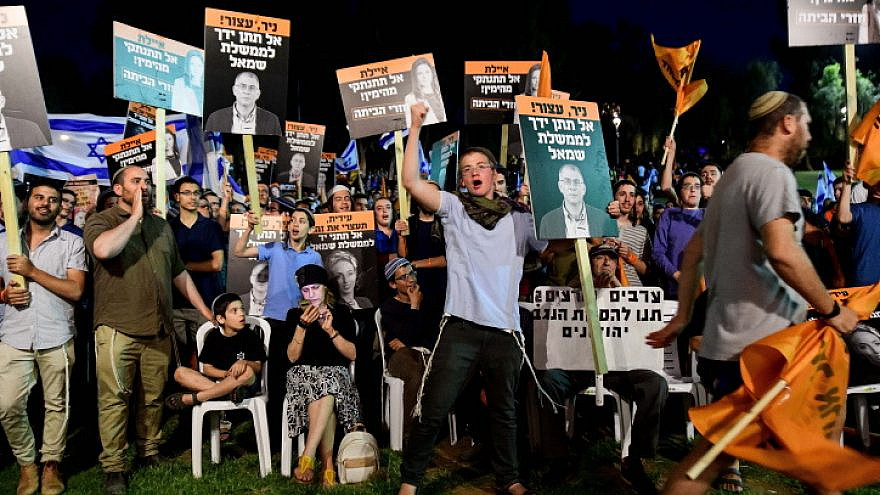 (June 6, 2021 / JNS) The head of the Israel Security Agency (Shin Bet) issued a warning on Saturday against rising incitement in Israel, especially on social media, saying that it could lead to violence, Hebrew media reported.

With the Knesset preparing to announce this week the successful formation of a government by Yesh Atid leader Yair Lapid, the Shin Bet has been tracking an increase in “violent and inciting discourse,” said Nadav Argaman in a rare statement.

The extremist rhetoric, mainly online, targeting lawmakers looking to end the 12-year reign of Israeli Prime Minister Benjamin Netanyahu “could be interpreted … as permitting violent and illegal activity, which could even lead to individuals being harmed,” he said.

He called on elected officials, religious leaders, educators and opinion leaders “from all corners of the political spectrum” to help reduce the level of extremist rhetoric.

Israeli Defense Minister Benny Gantz tweeted Saturday in support of Argaman: “We do not seem to have learned the necessary lessons from past events. Anyone who tries to deny the legitimacy of basic democratic moves and ignites the fire of incitement also bears responsibility, and I call on each and everyone to refrain from any manifestation of violence.”

Argaman’s announcement comes in the wake of protests against Yamina Party leader Naftali Bennett and members of his party, who are accused by their former supporters of having betrayed their campaign promises never to form a government with opposition leader Lapid.

On Saturday night, Yamina Party Knesset member Idit Silman requested increased security from the Knesset Sergeant-at-Arms, claiming that vehicles had pursued her. Last month, security was increased around Bennett and his home in Raanana.

Yamina Knesset member Nir Orbach asked protesters in front of his home on Saturday night to “lower the flames,” according to Maariv.

“We are not on the eve of Oslo or the disengagement, let me rest to make the right decision,” he told them, referring to the 1992 Oslo Accords where Israel transferred lands to the Palestinian Liberation Organization and the 2005 abandonment by Israel of the Gaza Strip.