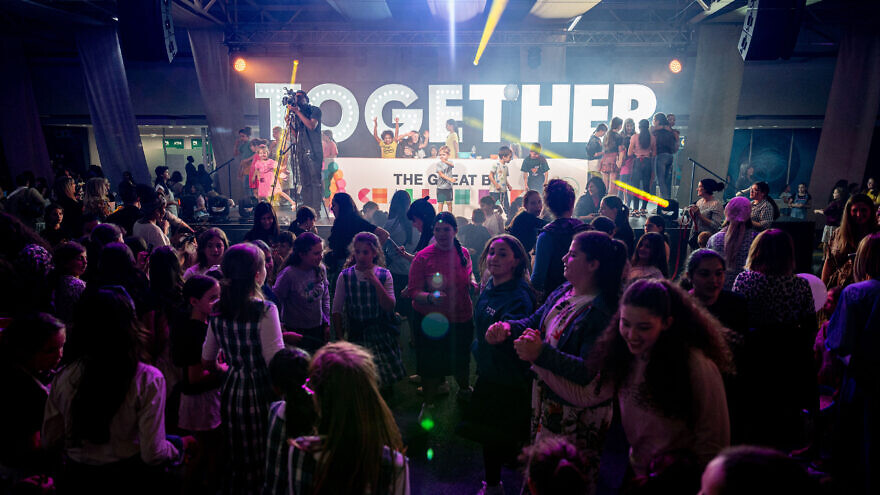 Created in 2013 by South African Chief Rabbi Dr. Warren Goldstein, the Shabbat Project brings Jews of all backgrounds together to experience one complete Shabbat together. A record-breaking 3,711 events in 1,500 cities across 100 countries were held as part of this year’s festivities, which included pre-Shabbat challah bakes, Friday-night dinners, havdalah concerts and more.

“We’ve witnessed an outpouring of emotion across the Jewish world, as Jews from all walks of life have embraced the Shabbat Project—a sublime moment of Jewish unity centered on Shabbat,” said Goldstein. “In the face of rising anti-Semitism and general global uncertainty, the response to the Shabbat Project is a powerful declaration of a positive Jewish identity; a proud refusal to be defined by hatred of others, but by the Divine values that give us inspiration and purpose, and that have held our people together.”

In the U.S., more than 1,200 events were held as part of the worldwide event. In Los Angeles, the Harkham Hillel Hebrew Academy hosted a Friday-night Shabbat “block party” with services held in the street, while religious and secular families paired up for dinner afterward. Fort Lauderdale, Fla., meanwhile, was the setting for a havdalah concert on the beach.

Other notable events included 20 refugees from Ukraine joining hundreds of their peers in Strasbourg, France, for Shabbat dinner; a challah bake in Lisbon, Portugal, that helped raise funds for community members in need; and a community Shabbat dinner in Oita, Japan. Jewish communities in Tahiti and Morocco participated for the first time.

Perhaps the largest of all the Shabbat Project events was in Johannesburg, South Africa, where some 5,000 women came together for a challah bake.

“Shabbat is described by the sages of the Talmud as the ‘soulmate’ of the Jewish people,’” said Goldstein. “And indeed the continued growth of the Shabbat Project is testament to the deep unbreakable bond between Jews of all backgrounds and Shabbat.”