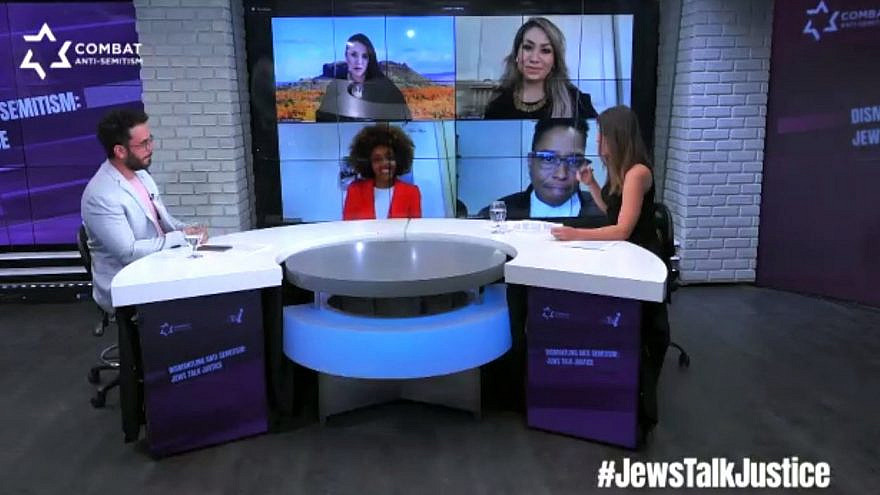 (December 17, 2020 / JNS) Human-rights icon Natan Sharansky told a special event on anti-Semitism on Wednesday that too many progressive voices regard Jews as “oppressors,” and are not protecting individual freedoms and human rights. He was speaking at an event countering a panel the day before on anti-Semitism headlined by Rep. Rashida Tlaib (D-Mich.), Professor Marc Lamont Hill and journalist Peter Beinart—individuals who have themselves perpetuated anti-Semitism.

Sharansky was joined by U.S. Assistant Special Envoy to Monitor and Combat Anti-Semitism Ellie Cohanim and a range of high-level speakers and activists, amplifying the voices of actual Jewish leaders to provide an accurate account of anti-Semitism. The online event was organized by the Combat Anti-Semitism Movement, in partnership with the Tel Aviv Institute.

It took place in the aftermath of Tuesday’s “Dismantling Anti-Semitism: Winning Justice” panel that featured Tlaib, a strong supporter of boycotting Israel; Temple University professor Hill, who has endorsed the Palestinian slogan “from the river to the sea” commonly viewed as a call to destroy Israel; and the panel’s sole Jewish participant, CNN commentator and New York Times columnist Beinart, who has publicly rejected the need for a Jewish state.

He said in the eyes of these voices, “Jews are guilty of belonging to the wrong state—the State of Israel,” and that “Jews are accused as a group and Israel is accused as a Jewish state.”

Cohanim outlined her own personal and family background from Iran, emphasizing the hundreds of thousands of Jews originally from Arab and Middle Eastern countries. She said that there is a “pernicious new form of anti-Semitism” that seeks to erase this history.

“This erasure of history allows the accusation that Jews enjoy white privilege and are neo-colonialists,” she said.

Anila Ali, president and founder of American Muslims & Multifaith Women’s Empowerment Council (AMWEC), firmly stated, “We believe that as Muslims we don’t get to define what anti-Semitism is. That is up to Jews.”

Relating specifically to the Dec. 15 panel, she said “when Rep. Tlaib’s office was contacted over this sham of an anti-Semitism conference, she only called out white nationalists.” 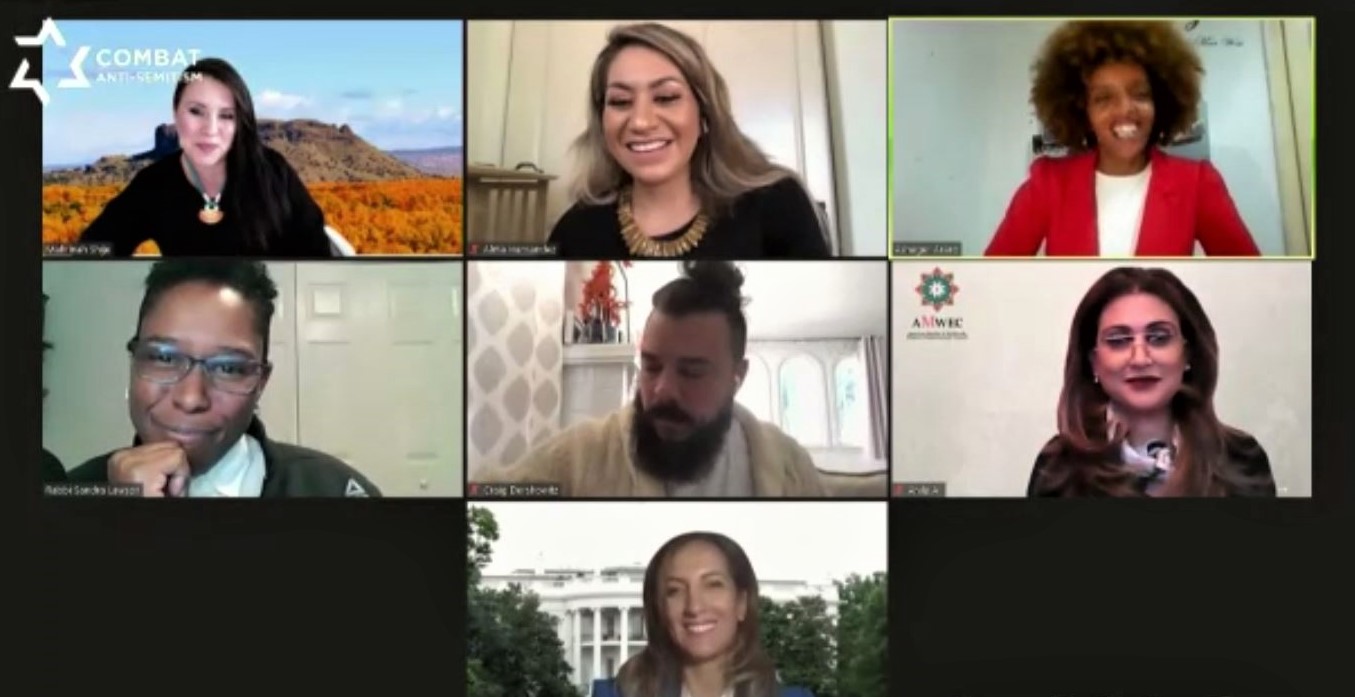 ‘Not a left or right problem’

A panel of activists from diverse backgrounds debated various aspects of contemporary anti-Semitism with many decrying the false contradiction too often presented between being both progressive and Jewish.

Hen Mazzig, a senior fellow at The Tel Aviv Institute said, “It is so harmful to feel that our identity is being challenged—that we must choose between our progressive values and the fight against anti-Semitism.”

Rabbi Sandra Lawson, associate chaplain for Jewish Life at Elon University in North Carolina, emphasized that “anti-Semitism is a problem, which is not a left or right problem.”

That was a point also made by Craig Dershowitz, CEO of Artists 4 Israel and president of the Healing Arts Kits and Healing Ink. He said, “We need to recognize that the anti-Semitism we are seeing is not one model,” although he noted a common theme is often “the perceived power of the Jewish people.”

Arizona State House Rep. Alma Hernandez, a Jewish Mexican American, said, “I am a very progressive Democrat, but being told that I have to choose between being part of the progressive movement or support Israel is not something I am prepared to compromise on.”

On the question of where attitudes towards Israel become anti-Semitic, Ashager Araro, founder of Batta-Ethiopian Israeli Heritage Center commented, “Once you say that the Jewish people are the only people who don’t have the right to self-determination, it is anti-Semitism.”

Mahrinah Shije, executive director of Pueblo Development Commission, called for education towards a better understanding of Zionism as self-determination, saying “the banning of Zionists from these [progressive] spaces takes authority away from our narratives.”

Combat Anti-Semitism Movement director Sacha Roytman-Dratwa explained that “our event was an opportunity to set the record straight. The likes of Rep. Tlaib and Professor Hill have no right to attempt to define Jew-hatred, especially given their track record of stoking anti-Semitism. Instead, they should listen to the many Jewish leaders and activists, like those we heard from today, who by definition truly understand anti-Semitism and have dedicated themselves to fighting for minority rights.”

The event in full can be viewed here.