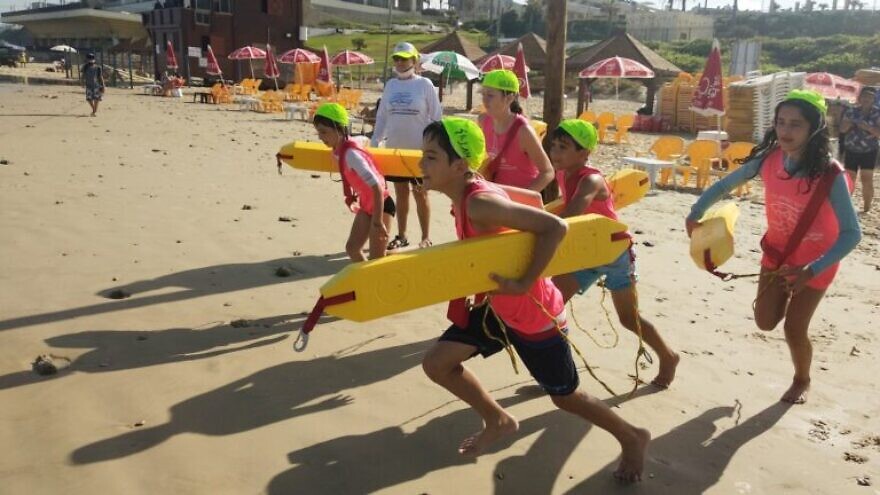 (July 21, 2022 / Israel21c) Surf life-saving competitions are being held for the first time at the 21st Maccabiah games in Israel this summer.

They combine swimming, life-saving techniques and general fitness. The competitions involve running and then swimming or board-paddling to rescue someone at sea in the shortest amount of time. There are both individual and team events.

The exhibition events, held on July 20 and 21 at Netanya beach, are an initiative of the Israel Life Saving Federation (ILSF), a nonprofit organization that seeks to prevent drownings through education and practical courses.

Paul Hakim, an Australian native, and his brother, Danny, started the ILSF in 2020. Their organization runs the Nippers program for children ages 7-13 and Dolphins for teens 14-17, as well as year-round water-safety and surf-rescue courses training children and adults to be volunteer first responders in the water.

Since the program began, ILSF course graduates reportedly have performed more than 70 rescues.

There will be participants at the Maccabiah event from around the world, including Israel, Singapore and Poland. The event is being judged by International Life Saving Federation judges.

The sport’s historic debut comes in the midst of dangerous days on Israel’s beaches and waterways. Since the start of Israel’s beach season in April, 20 people have drowned and many left in critical condition, including several children.

“We are delighted that the Maccabiah recognizes surf lifesaving as an important sport,” said Hakim. Advocates of surf life-saving are hoping it will be included at the 2028 Olympics in Los Angeles.